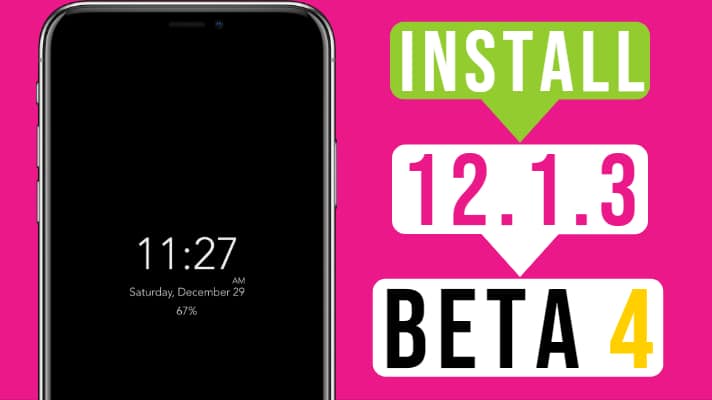 This new beta does not consist of any new features, moreover, it consists of previous bugs fixes and improvements. We do not recommend to install this beta cause it’s still under development mode rather wait for the final version that will come out in a few days. However, if you want to install then here are simple steps to follow:

Step 1: Launch Safari on your iPhone/iPad, and enter this URL.

Step 3: After the profile is installed, you will be asked to restart your device. Tap on Restart.

Step 4: Now Go to Settings >> General >> Software Update. Tap Download and Install iOS 12.1.3 beta 4 on your iPhone/iPad as normally as you update via OTA.

Step 5: Enter your passcode. Agree on the terms & Condition.

Step 6: Seat back and relax for sometimes until it completes downloading. Next Tap on install to get iOS 12.1.3 Beta 4 on your iPhone or iPad.

That’s it. You have now new iOS beta installed on your iPhone/iPad without a developer account.