Jailbreaking your iPhone lets you various customization without any restriction and allows you to add many new features with the jailbreak tweaks, themes, add-ons, etc. iOS users who are new to jailbreak might have difficulty on installing multiple cydia tweaks at once or removing them from your iPhone or iPad.
There are many new cydia tweaks released on daily basis. Among those, there might of the
number of tweaks to be installed on your device. When installing cydia tweaks or called as jailbreak tweaks one by one is quite time consuming and every time need to respring the device may annoy you.
For those who didn’t know, you can install the multiple Cydia Tweaks or packages at once from your jailbroken iPhone/iPad. It is very easy to use and needed for jailbroken
users.
You might have seen a Continue Queing option while installing or removing any tweaks. Continue Queing is the option that allows jailbroken users to install multiple cydia tweaks at once from iPhone/iPad. There may be many cydia tweaks to install and doing individually is not a valid way and respring the device all the time is time consuming matter.  So here’s is how you can install multiple cydia tweaks at once on iPhone/iPad running iOS 10.2/10.1.1/10 or below.
How to install Multple Cydia tweaks at once on iPhone/iPad
Step 1: Go to Cydia
Step 2: Search any
tweak to install from the search tab or you can select from changes tab too. 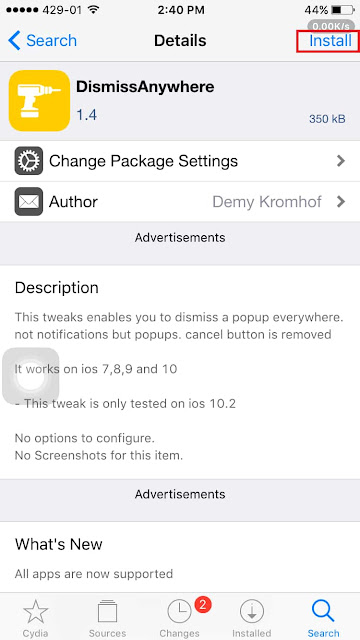 Step 3: Tap on Install from top right corner and then tap on install. 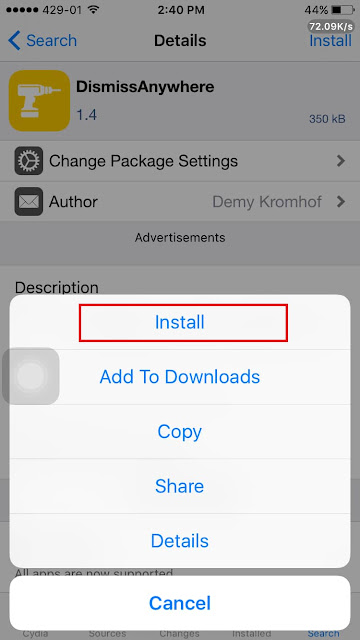 Step 4: Tap on Continue queuing if you want to install multiple tweaks at once. 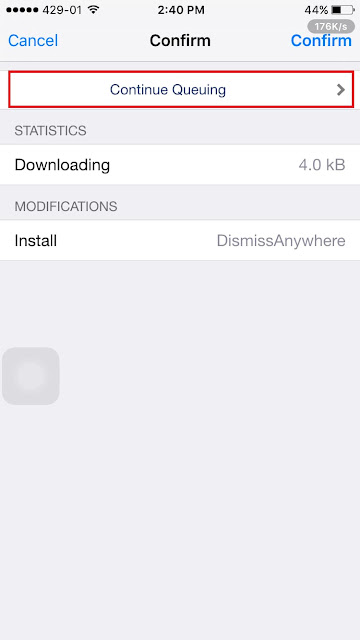 Step 5: After you have confirmed all the tweaks to install, tap on Confirm. 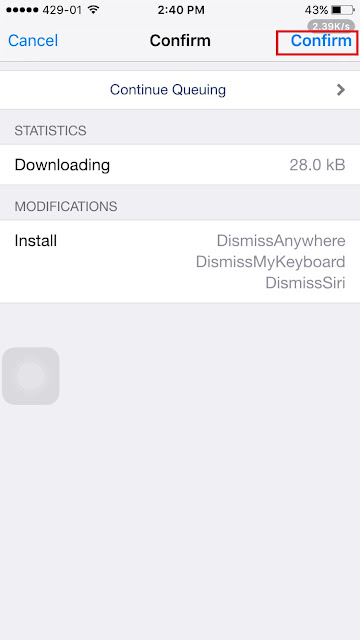 In this way you can install all new multiple tweaks at once on iPhone/iPad running iOS 10.2, 10.1.1, 10 or below.
Similarly, jailbroken users can also uninstall or remove multiple cydia tweaks at once
from your iPhone/iPad. Sometimes iPhone get some bugs, crash after installing some of the tweaks but removing one by one is quite hard and time consumption. So here’s how you can remove multiple cydia tweaks from your iPhone/iPad running iOS 10 or below.

How to Remove Multiple Jailbreak Tweaks from Your iPhone at Once 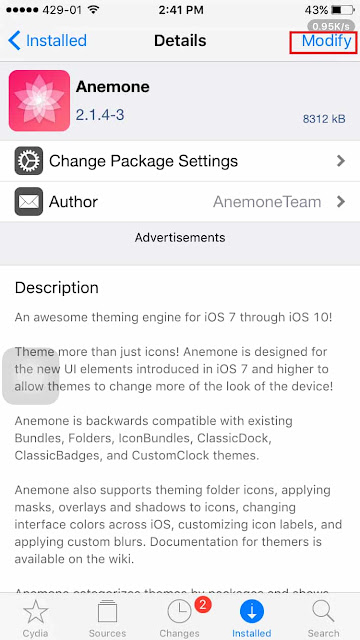 Step 3: Select and tap on a tweak that you want to remove.
Step 4: Now Tap on the Modify button in the top right corner, then tap Remove. 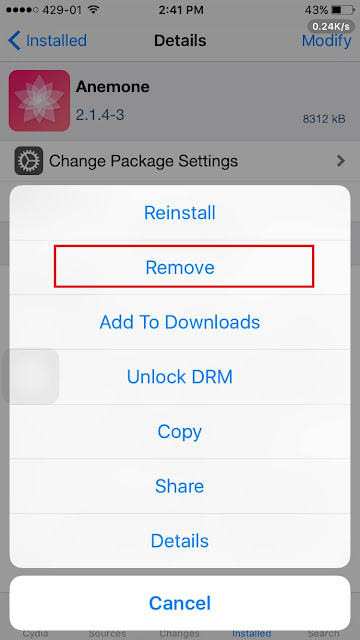 Step 5: Here, tap on the Continue Queuing button instead of Confirm. This will
now queue the package or tweak. 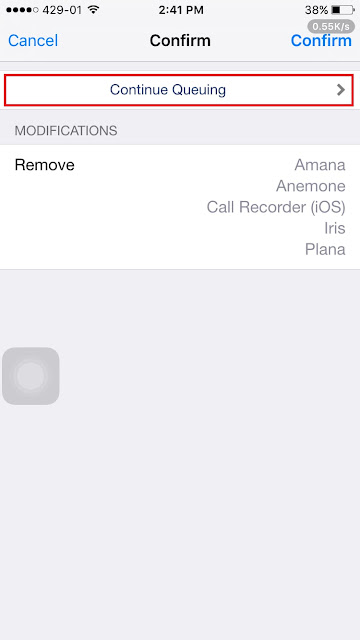 Step 7: Tap Confirm in the top right corner to delete all those cydia tweaks you want to
remove from your iPhone/iPad at once. 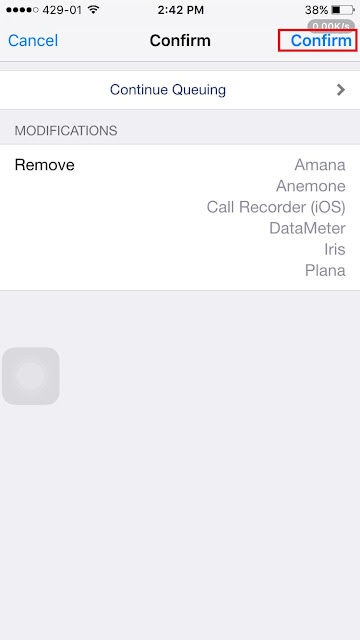 Step 10: It will uninstalled all the tweaks at once and will ask you to respring or reboot
your device.
With this way, you can remove multiple cydia tweaks and jailbreak apps at once without having to delete them individually all the time and save a precious time.