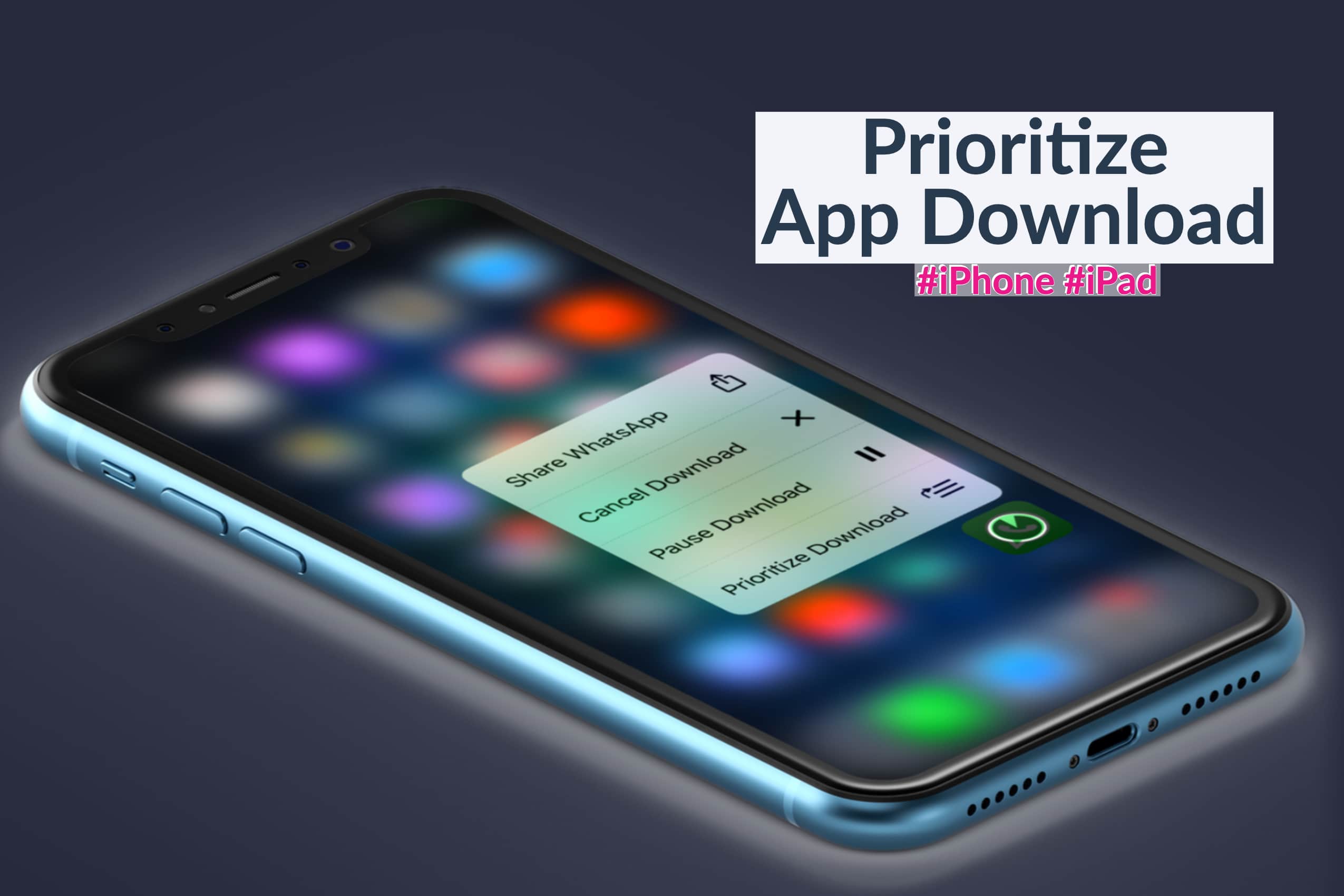 There comes a condition when you need to re-install all your apps after performing a restore on your iPhone/iPad or download multiple apps at once. But with “Prioritize Download” feature on iPhone lets you choose which app to download or update first by giving them a priority.

Prioritizing the app is so easy now. This was not the case some years ago. You should have to back up all your Apps and Games on iTunes and restore it later without having to download it again. But now your iPhone/iPad begins to download all the apps and games on Home Screen after it is restored.

Downloading so many apps and games simultaneously at once it takes a lot of time if you have many apps to download.

Your iPhone/iPad starts to download apps randomly and might skip your favorite app to download it later. But with “Prioritize Download” feature you can download your most important apps at first priority by using 3D Touch on an app icon on iPhone’s Homescreen.

How to Prioritize App Download when downloading apps at once

Prioritize App Download on iPhone running iOS 12/11/10 is a handy feature that lets you download your favorite apps at first among all downloads when restore or downloading apps at once.

Step 1: When all apps are downloading after a restore or downloading two or more apps at once on your home screen, just 3D Touch (Press and hold on the app) on the app icon which you want to give a priority.

Step 2: Tap on “Prioritize Download” from the Quick Action Menu.

Step 3: Pause the download for another app and continue for your favorite app. And after completes, simply tap on the paused app to resume downloading. Likewise, you can also get a cancel option if you want.

Voila! All done. Now the app you have selected for “Prioritize Download” will be downloaded at first.