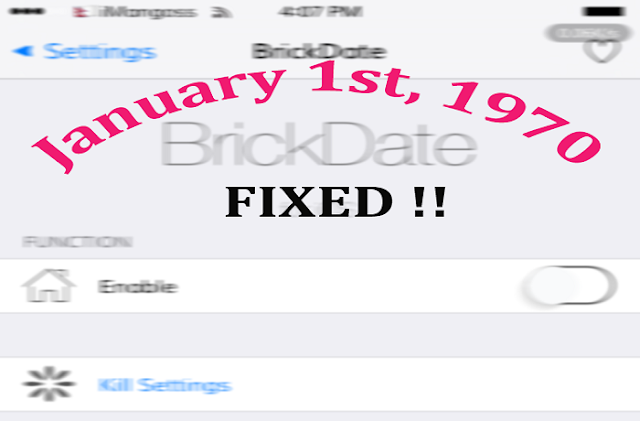 A recent “date bug” has become viral on
the internet since the last week. Changing
the date of your iPhone to January 1st, 1970 will brick your device which restarts your device
and the device would stuck in the Apple logo and cannot restore your device
either from DFU mode or Recovery mode. Though the restore will succeed,
but the device will still not boot after restore. So don’t try this bug on
your own handset.

The bug will affect all
the devices with 64-bit processor like A7, A8, A8X, A9, and A9X but 32-bit iOS
devices are reportedly not affected by this issue. The only
way to fix this is either pull out the battery and put it again or drain the
battery to the zero level.
Related Posts

Oct 25, 2019
Prev Next 1 of 227
With this
bug, Apple has also confirmed that this issue will be fixed in a next iOS
update. We don’t know when this will be fixed but it is likely to be sort out
in the new iOS 9.3 or may be on a smaller update iOS 9.2.2 might be released to
fix this bug.
But
there’s a good news for all jailbroken user, you don’t have to wait to fix this
bug in coming iOS update. A new jailbroken cydia tweak
called BrickDate is
available in Cydia via BigBoss repo for free which
prevents your date and time from being manually set back to the dangerous date,
which is January 1, 1970. BrickDate is compatible with iOS 7, 8 and 9.
After
installing this tweak, it adds a preferences panel to the settings app where
you can enable or disable this tweak. Not everyone uses these security features
because you have strong passcode and Touch ID which works well to protect you
from someone gets into your device and change your date and time settings. So I
personally recommend you install BrickDate tweak on your device if you are
jailbroken even though you have a passcode.

Note:
We havenot tried this tweak and cannot confirm if this tweak actually works or
not, so install it at your own risk.
If you are
not yet jailbroken then here’s a simple tutorial on How
to jailbreak iOS 9.0.2 using Pangu?
Let
us know if it works in the comment below…
iOS9JailBreakTweaks
Share

How to FREE up space on iPhone, iPad, iPod Touch using PC (No Jailbreak Required)