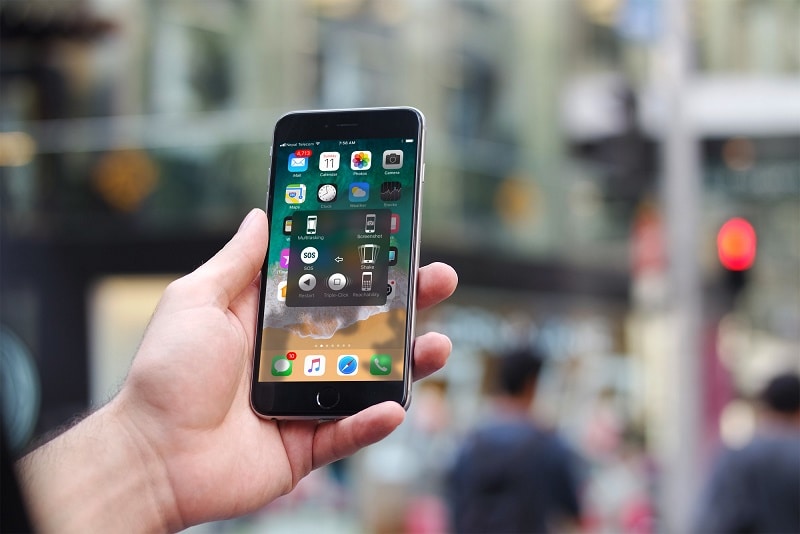 A new feature in iOS 11 Assistive Touch has a soft Restart button which easily lets you reboot your iPhone or iPad if you have a broken Power button.

That is you can now easily reboot iPhone in iOS 11 with Assistive Touch’s Soft Restart Button if power button is not functioning well or for any issues.

iOS 11 has a number of new features and changes in it. In addition, Apple has also added a new feature called Restart in iOS 11 Assistive Touch which instantly makes easy for user to reboot or restart their iPhone/iPad easily if it’s Power button is not working or some bugs occurs.

Assistive Touch is Virtual Touch Based menu that basically helps for those who have a broken hardware button on their devices. Assistive Touch can perform overall task with its quick shortcuts menu like Home, Volume, Brightness, Multitasking, Shake, Flashlight, Silent, Restart and many more.

But iOS 11 now feature a new Restart button in Assistive Touch for those users who have broken their power button or simply it is the shortcut way to reboot iPhone in iOS 11 without need to press the power button and Home button/Volume button respectively.

User with a broken Power button or in any issues can now reboot or restart iPhone/iPad with a new Restart Functionality button in Assistive Touch in iOS 11. To access new soft restart functionality simply go through this steps:

Press Assistive Touch from the side of Homescreen >> Device >> More >> Restart

How to Customize Assistive Touch’s Restart functionality in iOS 11

Now tap an any icon to add Restart function in Assistive Touch by selecting from the list.

With this way, you can quickly reboot or restart your iPhone/iPad in need in iOS 11.

So stay with us and don’t forget to follow iMangoss on Social Networks Facebook, Twitter, Google+, or RSS and also find us on Apple News for more updates if you haven’t already.

How to use one handed keyboard on iOS 11