Share
Facebook
Twitter
Pinterest
WhatsApp
- Advertisement -
You can quickly able to send any message on Viber or Whatsapp using Siri on iOS 10, 10.1.1, 10.2.1, 10.3, 10.3.1 and 10.3.2. Siri, Apples personal assistant does everything you would
want. It can provide you basic information about the questions you have asked,
can calculate mathematics, send/read emails, dial numbers and so on. Now you
can use Siri with some 3rd party apps like Viber and Whatsapp too. 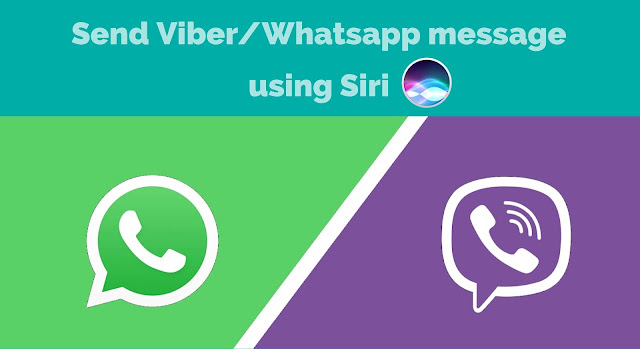 Viber and Whatsapp are the popular messaging app and is
probably used by all the iOS users. It has million users worldwide. These
messaging app has some awesome features like video calling, group conversation,
secret message, emojis and so on. But recently Viber and Whatsapp has launched
a new feature in which users can directly send a message using Siri on iOS
devices like iPhone, iPad and iPod Touch.
With this feature, users will be able to send a message,
read a message using Siri on Viber and Whatsapp in iOS 10-10.3.2. Isn’t it a cool feature?
How to send Viber/Whatsapp message using Siri on iPhone,
iPad and iPod Touch in iOS 10
Step 1: Access Siri by long
pressing the Home Button.
(Turn on Siri by going to General
– Siri if you haven’t already).
Step 2: Now say “Send a message
on Whatsapp” or “Send a Whatsapp message”
(I am using Whatsapp as an
example here. Same applies to Viber as well)
Step 3: Siri will ask “Who do you
want to send it to”? 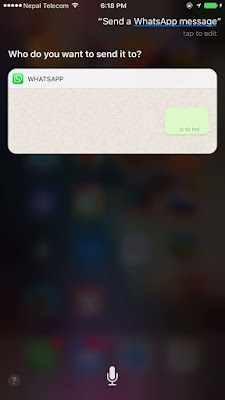 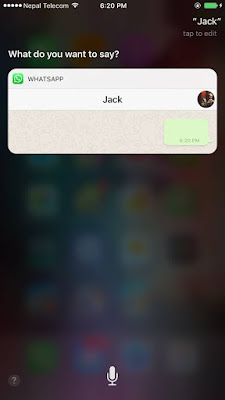 Step 6: Lastly Siri will ask if
you are ready to send it. Just say “Yes” to send the message or “No” to cancel
it. 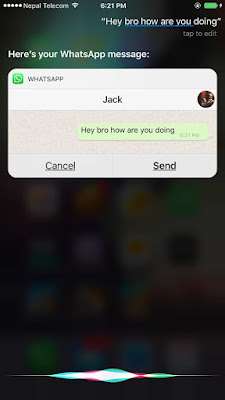 That’s it! It is really easy than
you have thought.
Now start sending Viber and
Whastapp message without having to type anything on your phone. Toggle Siri and
start speaking.
- Advertisement -