In this article you will learn how to shoot full 360 Degree Photo Sphere on iPhone and post it on Facebook in a very simple way. You don’t need any 360 degree camera and is far better than Panoramic 360° photo.

360° photo has been around a while on the internet and on Facebook. But did you know they use expensive 360 camera to shoot those 360 photos? You may also want to create or shoot full 360° photo but don’t have the 360 camera? Don’t worry! At the end of this article you will learn to shoot full 360 Degree photo using your own iPhone.

An iPhone already has a feature called “Panorama” in the camera app but it cannot shoot full 360° photo. It can capture only 270°. And when you upload it to Facebook, you can only swipe left to right and vice versa.

But with this trick, you will be able to tilt your photos on Facebook in a 360° direction that is left right up and down. Go through our Facebook Page below to see how it works!

How to capture multiple illusion photos on Panorama on iPhone/iPad

How to Disable lens switching on iPhone 7 plus whileshooting videos

Step 1# We are going to shoot full 360 Degree photo using our own iPhone and an app. So head over to App Store and download “Google Street View” app.

Step 2# After the app is downloaded, launch it and tap the camera icon on the bottom right of the Google Street View app.

Step 3# You will see 3 different options like Link external 360 camera, Import 360 Photos and a Camera. Tap on camera option. 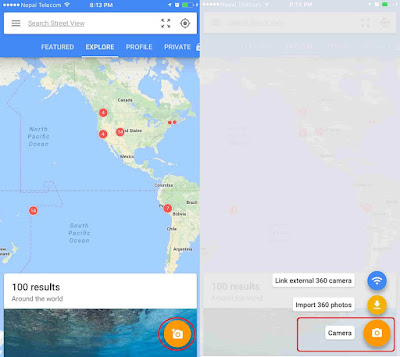 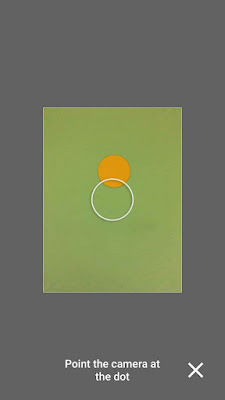 Once 1 photo is taken, move your camera into various directions to find orange circle in order to take photos of all the angles. The orange circles are everywhere. Complete all the circles and your 360° photo will be ready. It may take some time but the outcome is
unbelievable.

You will find your 360° photo in the camera app. Since it is a 360° photo, it may not look weird on your main camera roll. To get the best out of it, you need to upload it on Facebook. On Facebook, you can move around or swipe the 360° photos to left right up and down.

Posting and viewing 360°(Degree) Photo on Facebook is easier than you have thought.

That’s all you need to do! You can now see your photo in full 360 degree by tilting or swiping on the screen of your iPhone.

Isn’t it a cool trick? Make sure to share and let your friend also know about this!