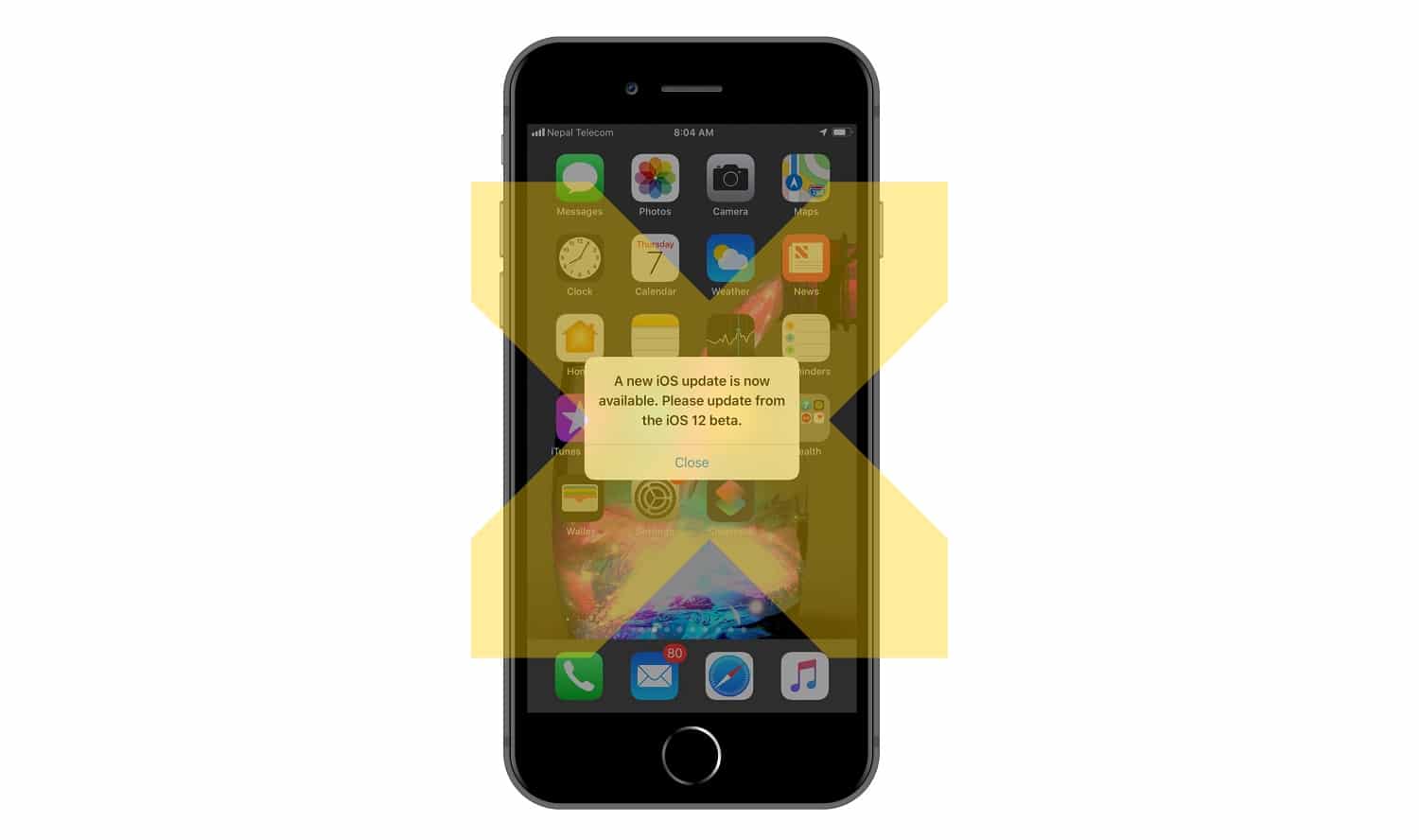 The first thing that might have irritated you when you first Jailbroke your iPhone or iPad was the iOS Update pop up that comes in the middle of the screen every time you do any task on your device. Same was the case for me. Every time I unlock my device, launch a notification or come back to the home screen from any app, the iOS update pop up which is really annoying.

But there is a Cydia Tweak to completely remove it from a Jailbroken device. All you need to do is install the Cydia Tweak called “NoBetaAlert” from the Cydia and done! The iOS update notification alert will be gone forever. Here is how to install this tweak from Cydia.

How To Remove iOS Update Notification On Jailbroken iPhone

How to Add a Repo on Cydia

4: Search NoBetaAlert and install it

After the device completes the respring, you will no longer see the iOS Update Beta alert on your iPhone or iPad. If you have any queries, leave it in the comment section.