Everything About iOS
Search

HUDPlayer lets you customize the Volume HUD in a banner

by iMangoss
May 4, 2017
Share
Facebook
Twitter
Pinterest
ReddIt
Tumblr
WhatsApp
Hate the iOS stock volume HUD that pops up in the middle of the screen while trying to toggle the volume up or down? Yes we all do! But an awesome Jailbreak tweak called HUDPlayer has just arrived in cydia that replaces the stock volume HUD with a customized one.
Cydia tweak developer pxcex has made a tweak called HUDPlayer which is far most the best volume HUD cydia tweak that we have seen so far. It basically replaces the old style Volume HUD from the middle of the screen and places it to the banner.  It will always show a volume level in the banner while you try to increase or decrease the volume in a very beautiful look. 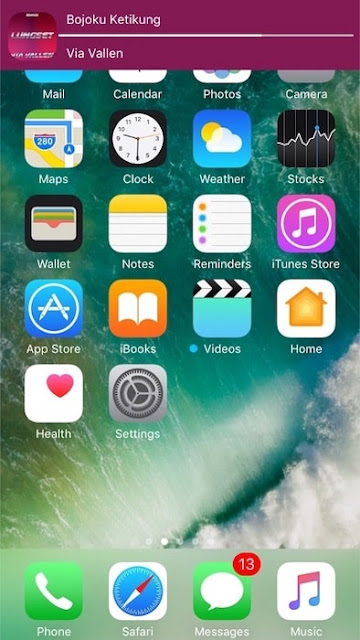 Along with the Volume Bar, this tweak also shows the information about the currently playing song in the banner.
After installing HUDPlayer, you can have an option to configure it from the tweak preferences in the settings panel.
HUDPlayer is available in Cydia via BigBoss repo for Free and is compatible with iOS 9 and 10.
If you want this tweak, don’t forget to jailbreak your device with this simple tutorial on How to jailbreak iOS 10 using Yalu and Cydia Impactor
Previous articleThis tweak lets you color the Instagram App in any way you like
Next articleDownload Zip-Zap :Free App of the week

You may not wish to disclose your number to a particular person for your own purposes. This would be advisable when calling people off...