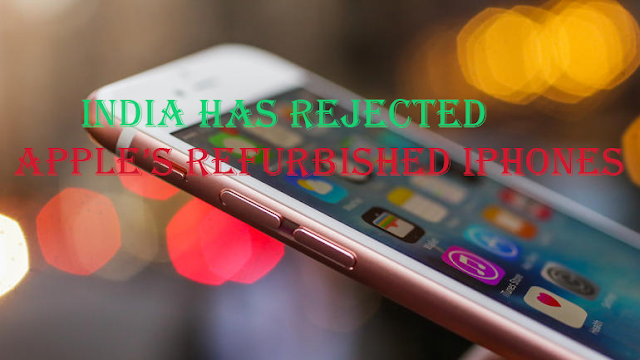 A telecommunications ministry official told the news outlet that Apple’s
application was turned down but asked not be identified as official policy.

Apple wants to sell refurbished phones
in India and was seeking permission to import and sell refurbished iPhones but Apple’s
application was rejected since 2015 by the environment ministry.

Refurbished iPhones are nothing but second hand iPhones that have been
certified by Apple. The decision will be a disappointment to Apple but along
with that, Apple inc.’s is also seeking permission to open its own retail stores in India but the
decision is still pending.