Share
Facebook
Twitter
Pinterest
WhatsApp
- Advertisement -
Good news for
jailbreakers out there who are eagerly waiting for iOS 10.3 Jailbreak and iOS 10.2 jailbreak for
iPhone 7 and iPhone 7 Plus. Since iOS 10 has proved that it is difficult to jailbreak
rather than earlier Pangu and TaiG. A famous hacker Luca Todesco @qwertyoruiopz
is the only one who released the Yalu jailbreak for iOS 10, 10.1.1, and 10.2.
But it’s been hard for Luca to jailbreak iPhone 7 and 7 Plus on iOS 10.2. 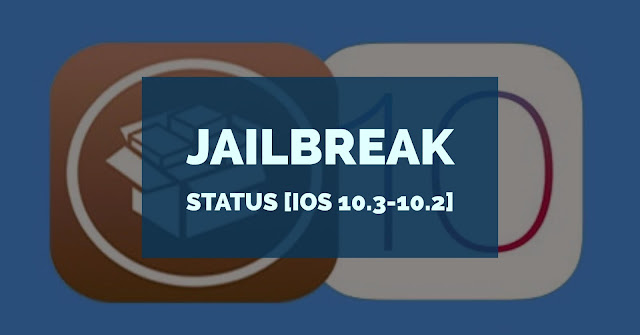 Luca released
the JbMetool for iOS 10.2 jailbreak which currently supports 64 bit iOS
devices like iPhone 6s, iPhone 6s Plus, iPhone SE and the iPad Pro but the
iPhone 7 and iPhone 7 Plus are still not compatible with the iOS 10.2 jailbreak.
Luca claims he would update his tool for
iPhone 7-7 Plus at some point for iOS 10.3-10.2.

Recently Luca
tweeted;
Luca Todesco
claims a browser-based jailbreak could circumvent the need to re-sign the yalu
app if you re-jailbreak after 7 days.

as solution to the 7 days thing, jbme102 may become a thing when 10.3 gets released

So if you are
on iOS 10.2, it’s better to stay on iOS 10.2 until he releases the stable JbMetool
for jailbreaking iOS 10.2 on iPhone 7 and 7 Plus. Luca also mentioned in the
tweet he is waiting till that time to launch the tool when iOS 10.3 is release
and find a possibility of iOS 10.3 jailbreak too.
- Advertisement -

Apple has released watchOS 6.2.5 beta 5 to developers for testing along with the bug fixes and improvements. Installing watchOS 6.2.5 beta 5 WatchOS 6.2.5 beta...
Read more
Previous articleBest Jailbreak Tweaks for iOS 10.2, 10.1 – 10 you need to install on your iPhone
Next articleHow to Change Email’s Default Signature (Sent from my iPhone) with your own

The checkra1n jailbreak has been updated with support for iOS 13.4 and iOS 13.4.1 with many bug fixes and new changes. Checkra1n is compatible...
Read more

The new checkra1n jailbreak has released an update to version 0.9.2 with no-substrate mode along with the bug fixes and improvements. This beta adds an...
Read more
iMIt's Everything About iOS, Apple News & more