Facebook
Twitter
Pinterest
ReddIt
Apple has announced that iOS 10 adoption
has reached 54% on iPhone, iPad and iPod touch as measured by the App
Store dashboard for developers on October 7, 2016 whereas 38% of
users remain on iOS 9, while 8% are using an older firmware version. 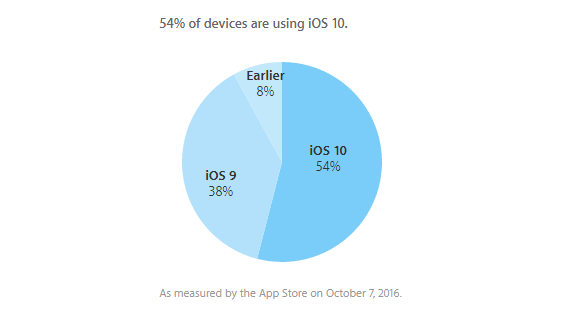 Since
there is no jailbreak yet for iOS 10, the remaining iOS 9 users are probably in
jailbreak state like me. So iOS 10 adoption would reach up to higher percent if
iOS 10 jailbreak will be available very soon.

Are you on iOS 10? Let us know in the comments!