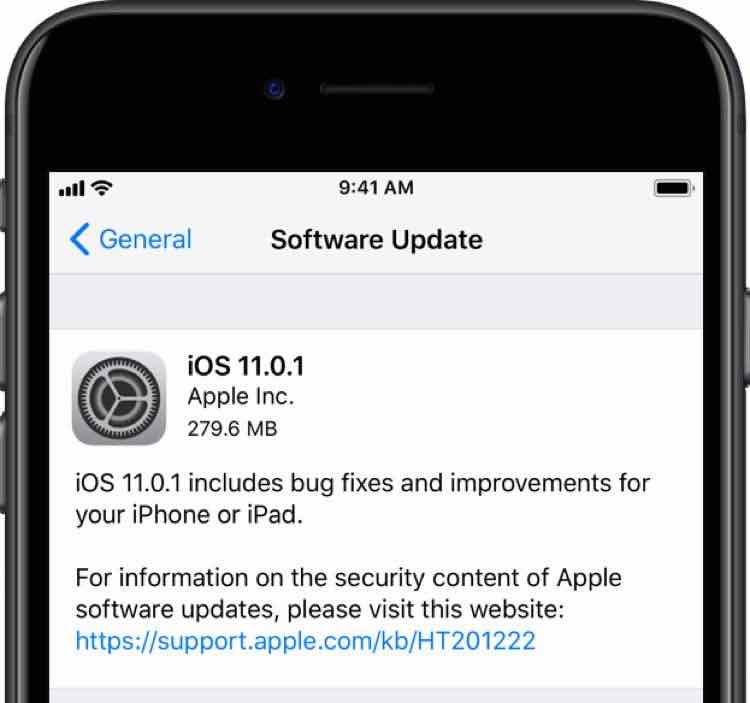 Apple releases iOS 11.0.1 after the huge official launch of iOS 11 to public.
iOS 11.0.1 includes bug fixes and improvements.
What’s new
in iOS 11.0.1?
We will
update more about iOS 11.0.1 new features and changes but beside that Apple has
added many useful features to iOS 11 such as redesigned control center,
redesigned multitasking on iPad, drag and drop feature and many more.
Related Posts

The new
software iOS 11.0.1 has a build number of “15A402” or “15A403”, depending on
your device which has 279MB of size.
iOS 11.0.1
is available for download via OTA update via Settings → General → Software
Update. Along with you can update your iPhone and iPad to iOS 11.0.1 via iTunes
directly or manually with .IPSW file. Here’s a direct .IPSW download link
for iOS 11.0.1.
Also check
out
How to
enable Dark Mode on iOS 11
How
to Enable Low Power Mode from Control Center on iOS 11
How
to use one handed keyboard on iOS 11
iOS11news
Share

How To Reboot – Hard Reset iPhone 8 and iPhone 8 Plus – New Method!!

How to download & install iOS 11.0.1 on iPhone/iPad via iTunes or OTA software update