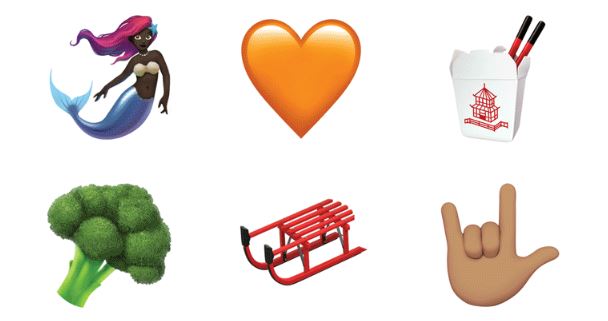 Apple is adding over 100 emoji on iOS 11.1 beta 2 starting
next week. The new iOS 11.1 beta 2 is going to include some great emoji like
gender – neutral character, clothing options, animals, foods etc.
Previously Apple showcased some of these emoji on World Emoji
Day but didn’t revealed the exact date of its release. But soon developers and
public beta tester are going to get these emoji on iOS 11.1 beta 2 next week.
The new emoji are designed to reveal every detail and adapted
from approved characters in Unicode 10. iOS 11.1 will also include characters
announced on World Emoji Day like Woman with Headscarf, Bearded
Person, Breastfeeding, Zombie, Person in Lotus Position and new food items such
as Sandwich and Coconut. Also included in the update is the Love-You Gesture,
designed after the “I love you” hand sign in American Sign Language.
Related Posts

How to Live stream Apple’s September Keynote Event on…