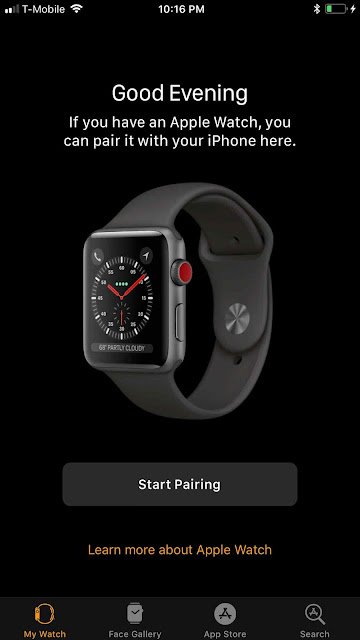 iOS 11 is going to be available for all public after
September 12 Apple’s Keynote Event. But 9to5mac has already got a hands on
Golden Master version of iOS 11 which has revealed several things about Apple
Watch series 3. Golden Master refers to final version of the iOS made available
for few developer before releasing it to all the general public.

The Golden Master version of iOS shows a red-accented digital
crown and a signal meter on Apple Watch app in iOS 11. Other things are similar
to last year’s Apple Watch series 2 with the same design which means you might be
able to use the same bands from series 2 to series 3.
Related Posts

Nov 12, 2019
Prev Next 1 of 485
Also the Digital Crown is equipped with a red circle which
9to5mac claims to be a LTE chip integrated inside it. The LTE connectivity on
Apple Watch would help a lot without being dependent on iPhone but the same
design and form factor is going to disappoint all of Apple fans.
The Keynote event is being held on September 12 where Apple
will unveil iPhone 8, Apple Watch, new Airpod and more.
WWDC 2017
Share

Here are some awesome ARKit demo that you should definitely check out now!

How to install iOS 13 on iPhone Using Mac & Finder app…