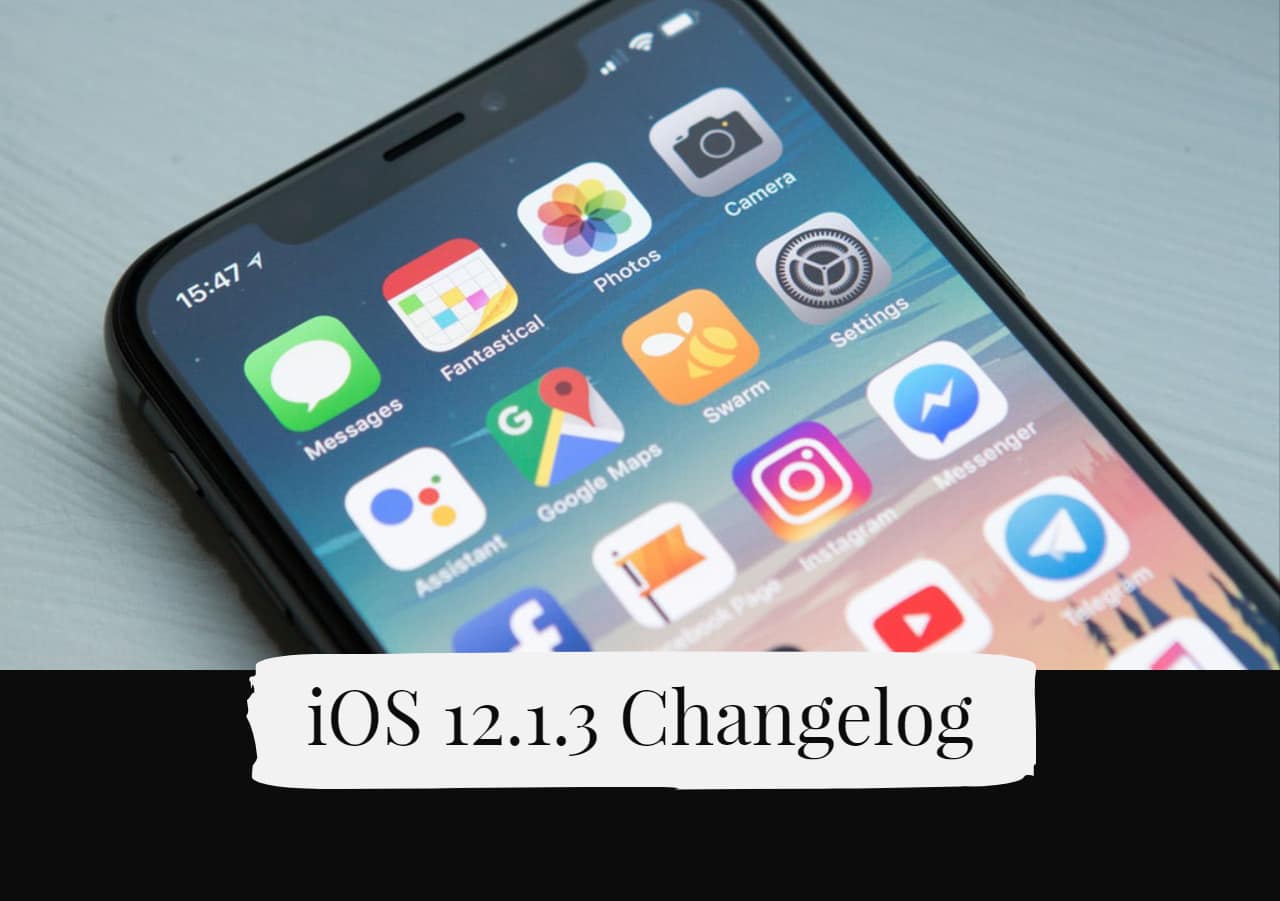 You may have already got a notification to install the new iOS 12.1.3 on your iPhone or iPad. But before you install it, you must know what’s new in this new version?

As a proud Apple owner, you should be knowing all the changelog in detail. Here is a release note from Apple that includes everything that is new in iOS 12.1.3. The detail mentioned below shows everything that’s changed, fixed or added in Apple’s recently launched iOS version. Here is exactly what Apple says:

– Fixes an issue in Messages that could impact scrolling through photos in the Details view
– Addresses an issue where photos could have striped artifacts after being sent from the Share Sheet
– Fixes an issue that may cause audio distortion when using external audio input devices on iPad Pro (2018)
– Resolves an issue that could cause certain CarPlay systems to disconnect from iPhone XR, iPhone XS, and iPhone XS Max

This release also includes bug fixes for HomePod. This update: