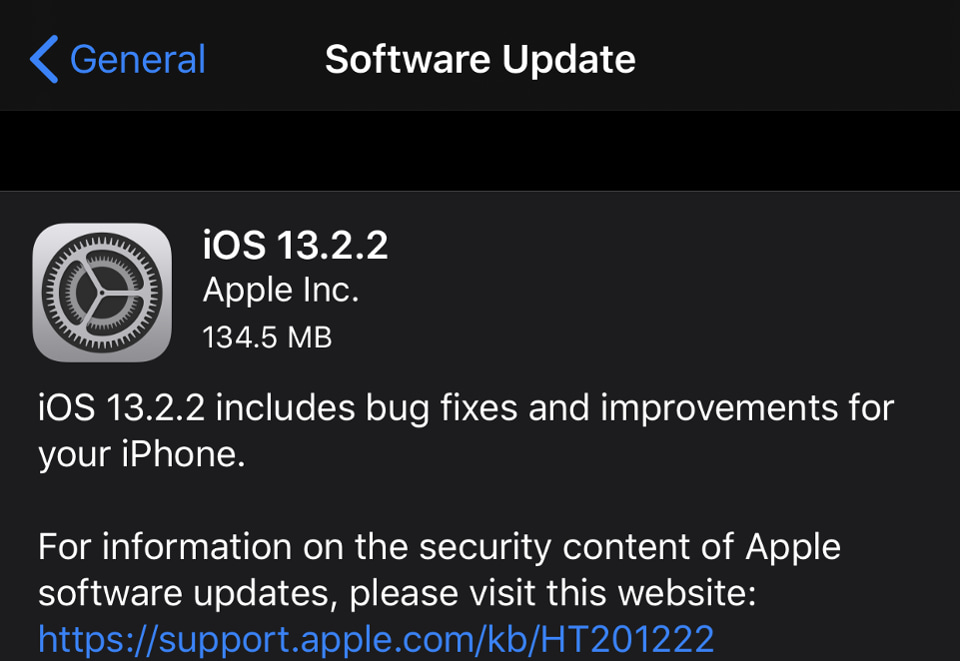 Most of the users are already familiar with multitasking performance issues in iOS 13.2. This issue causes to loose many of the progress like a draft of an email writing, Safari reloading pages and watching youtube. As OS had kept a few apps in the background to ensure multitasking while iOS has never been known for its multitasking. Therefore the new update comes with the iOS 13.2.2 and iPadOS 13.2.2 which fixes the RAM management issues and cellular data performance.

Thinking ahead, Apple is already reviewing beta iOS 13.3 and iPadOS 13.3 ahead of its release later this year. Although iOS 13.2.2 seems to appear fixing the RAM management issues and cellular data performance.