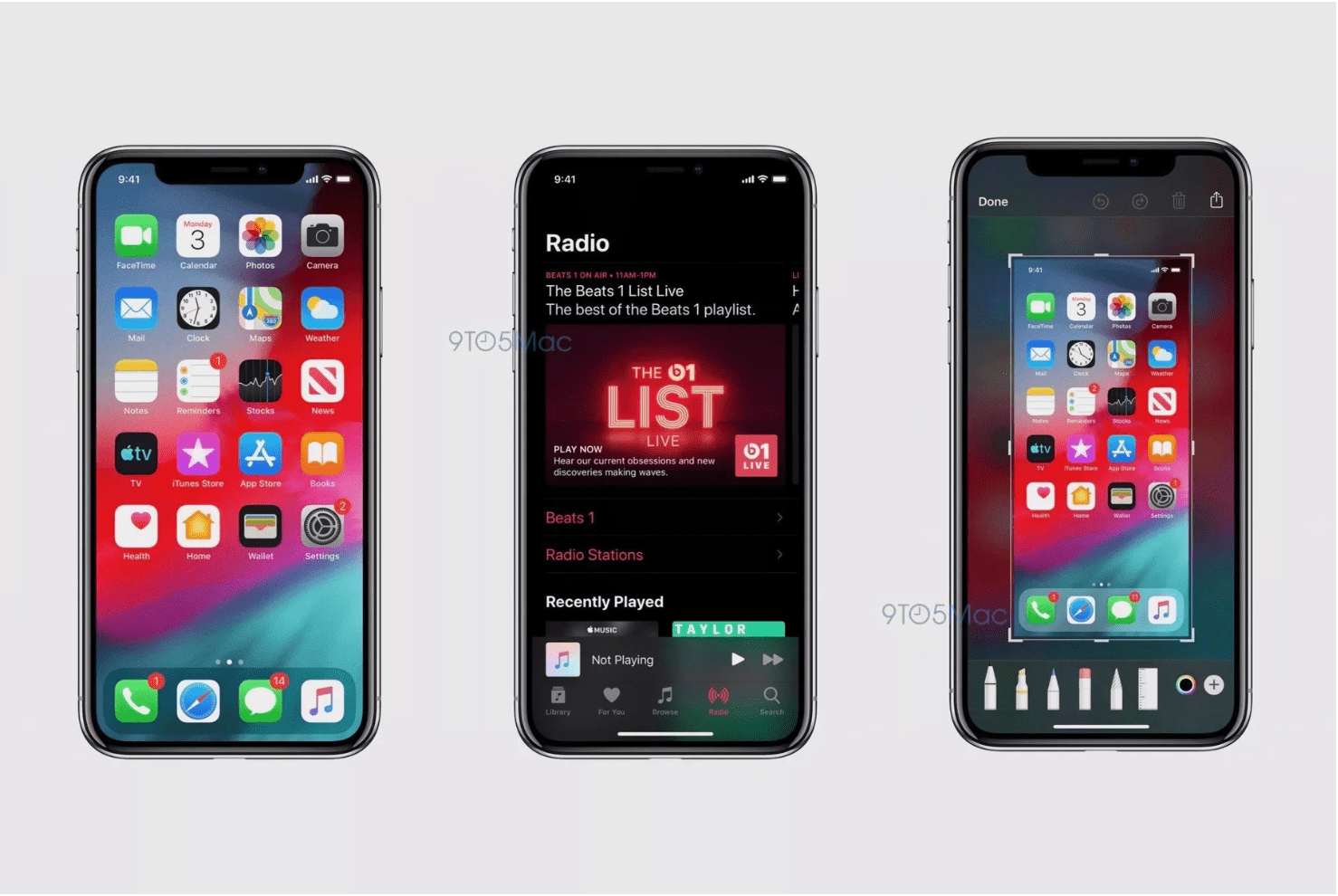 There have been a number of screenshots showing the brand new and currently unannounced iOS 13 operating system from Apple.

The screenshots display a number of areas of iOS 13 and immediately corroborate some of the reports we’ve heard about the next major release of Apple.

The annual Worldwide Developer Conference of Apple will literally be held next week. Throughout that event, thousands of developers from around the globe will come down to Apple headquarters not only to get engineering advice and interact with Apple’s employees, but also to get their first official glimpse of iOS 13 and all it entails.

Then, immediately after the opening keynote, they will have access to the initial developer preview where they can install it and run it on their test devices. This leak pre-empted that essentially and gave us a glimpse of what’s on offer.

The shared screenshots clearly demonstrate the existence of the iOS 13 Dark Mode that has been able to raise levels of excitement over the past few months. This feature can be accessed and enabled directly through the Settings app or through a Control Center customizable toggle for those who want quick access to the feature on and off frequently. Enabling Dark Mode will not change the look and feel of the iOS home screen immediately, but will change the dock to include a darker background. There’s the big change noticed in apps.

Apple has implemented the Dark Mode, as you might expect, in such a way that it just looks stunning on an OLED display. This not only looks beautiful, but should also have a positive impact on the device’s battery life as it does not need to power the black pixels, such as OLED tech’s efficiency.

Throughout the system, Apple has also made smaller, more subtle tweaks, including the UI shown when capturing a screenshot that is reflected on iPad and iPhone. The well-used Reminders app from Apple also gets a show with its completely overhauled design that makes it look much more grown and elegant.

Traces of the Find My iPhone and Find My Friends apps have also been found, as previously suggested.

Apple is expected to lift iOS 13 covers this coming Monday when it is attended by thousands of developers. There’s no doubt that we’re going to see a lot more of iOS 13 in the course of next week.