iMangoss
Home Apple News Apple releases new iOS 9.3.3 beta 2 for developer testers
Facebook
Twitter
Pinterest
WhatsApp
ReddIt
Mix
Apple has just released a new iOS 9.3.3
beta 2 for developer for testing on iPhone, iPad, and iPod touch. The update
comes just a week after iOS 9.3.3 beta 1 was released to
the public. iOS 9.3.3 beta 2 is a relatively small update basically focused on
bug fixes and some improvements. As last beta update was released to fix
bricking issue on 9.7 inch iPad pro but Apple released a newer version of iOS
9.3.2 to fix it. 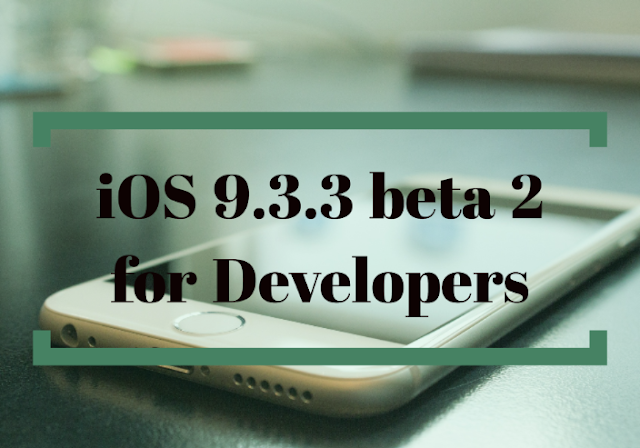 iOS 9.3.3 beta 2 is only available for
registered developers via over-the-air (OTA) and Apple’s online developer
centre.
Along with that Apple has also seeded
the second beta of OS X 10.11.6, tvOS 9.2.2 and first beta of watchOS 2.2.2 for
developer testers with various bug fixes and improvements.
We will be
giving more information about this new beta if any features are
spotted. Till then Stay with us for more updates. Note that we’re now just
one week away from Apple’s World Wide Developers Conference which has
already sent out press invites to its keynote address on 13 June.