iOS 9.2.1 released with several bug fixes. Here is how to install 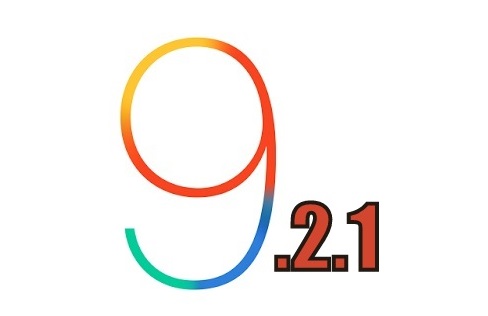 Apple is
pushing its iOS firmware one after another. iOS 9.3 Beta 1 was released couple
of days ago. And now Apple has released the final version of its iOS 9.2.1. iOS
9.2.1 consists of several bug fixes and securities updates.
I had one
problem with iOS 9.2 and that is I was not able to download any apps and games
from the AppStore. It used to take lots of time or get dismissed in the middle
of the process. But finally Apple fixed it with this latest iOS 9.2.1.

How to install iOS 9.2.1 on iPhone, iPad and iPod touch
It’s a really
simple method for installing the newest firmware on your device.
If you’re
not jailbroken then, Simply Go to Settings — General — Software Update and
Hit download and Install.
Installing iOS 9.2.1 if your device
is jailbroken.
If your
device is jailbroken then the steps mentioned above does not apply. So you need
to install manually.
Simply Download
the .ipsw from our download page — Open iTunes — Go to Summary of your
iPhone — Hit Shift key and Click on Restore. After that select the downloaded
.ipsw file and you’re done. The restoring process takes a while. After that
your device is loaded with the latest iOS 9.2.1 software.
Let us know your opinion in the comments section…
iOS9
Share

Cydia tweaks of the week: Snapper 2, iKeys, Clex3 and more…

How to enable Apple’s hidden One-Handed Keyboard on iPhone…