iOS 9.3 beta 5 Disable Night Shift when you are in Low Power Mode

Share
Facebook
Twitter
Pinterest
WhatsApp
- Advertisement -
With the release of fifth beta of iOS9.3 a days ago, Apple has updated Night Shift to be disable when in Low Power
Mode, reports MacRumors. One of the primary new features in iOS 9.3 beta 4 & iOS 9.3 beta 5 is Night Shift mode, which includes a toggle within Control Center and a switch to enable from the settings. 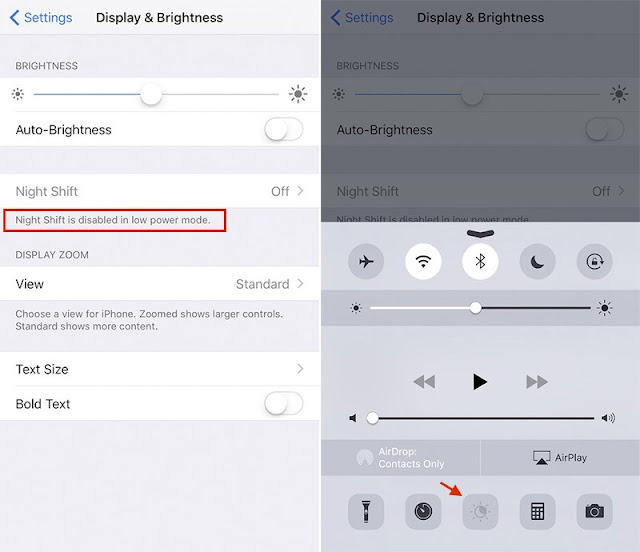 Night Shift Mode makes the color of your iOS
devices display adapt to the time of day, warm at night and like sunlight
during the day and it also prevents eyestrain and easier to wind down. In
this latest betas of iOS 9.3, the toggle switch in both the Night Shift
settings and Control Center are now grayed out when you are in Low Power Mode. 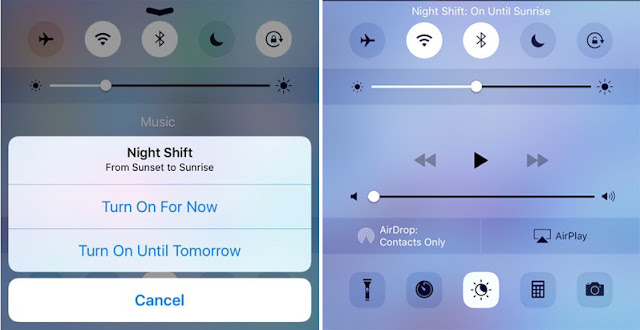 That is tapping the Night Shift icon in Control Center no longer gives you the
options “Turn On For Now” and “Turn On Until Tomorrow”. The
toggle now manually activates Night Shift until the next trigger in your
automatic schedule, such as sunrise, sunset, or a specific time. Similarly,
there is a new “Manually Enable Until Tomorrow” toggle that keeps the
feature on until sunrise or a specified time which is available in Settings
→ Display & Brightness → Night Shift section.
In addition to that, the color
temperature slider has also been moved to the bottom of the menu. The
“Cooler” and “Warmer” labels have been changed to
“Less Warm” and “More Warm” in the settings.
Apple released the fifth beta of iOS
9.3 to developers and public tester’s days ago and the final version of
this software update will likely released this month to the public.