Facebook
Twitter
Pinterest
ReddIt
After a week since Apple released third beta of iOS 9.3.2, it has again seeded the iOS 9.3.2 beta 4 both for developers
and public testers.  iOS 9.3.2 beta 4 is available for iPhone, iPad
and iPod Touch for registered developers only. They can download the iOS beta
by going through Apple Developer Centre and the update is also available
Over-The-Air for devices that are already running the 3rd beta. 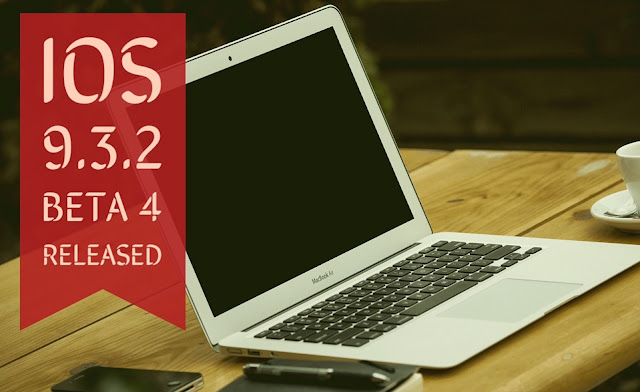 This beta does not have any new features
but it is more like minor bug fixes and improvements.
The ability to turn on both Night Shift
Mode and Low Power Mode is still available in this beta. Also the Quick action
used to stutter on previous betas but it has been fixed now.
Along with that Apple has also officially
seeded the fourth beta of OS X 10.11.5 for testing purposes
for both developers and public.
We will be
giving more information about this new beta if any features are
spotted. Till then Stay with us for more updates.