iPhone 7 Plus with Dual Lens to be Called the iPhone Pro? 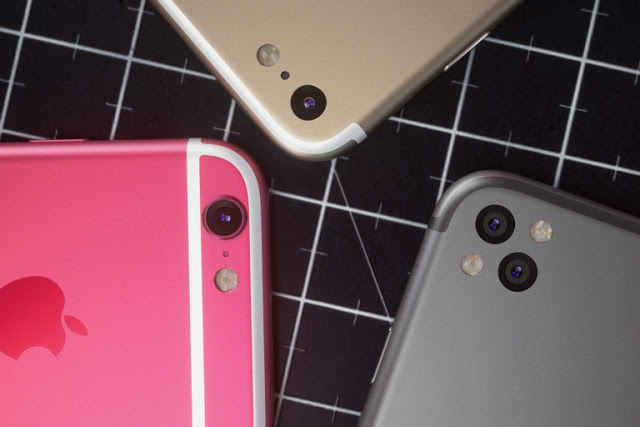 According to a report from Chinese
website MyDrivers Apple’s next dual lens iPhone 7 Plus will reportedly be named the iPhone “Pro”. The
new name would distinguish the device from the iPhone 7 and iPhone 7 Plus.

As earlier, Apple analyst Ming-Chi Kuo at KGI has also
repeatedly predicted that Apple is working on two versions of the iPhone’s.iPhone
7, one with a single lens camera and the another iPhone 7 Plus with
a dual-camera lens for better quality photos with Linx camera
technology .

There have been lots of rumors about
new the 4-inch iPhone SE, iPhone 7 and iPhone 7 Plus so no one know the exactly how the new iPhone would look
like. The 4-inch iPhone SE  is going to be unveil in March 22 at Apple event. The 4-inch
iPhone SE is going to be more like iPhone 5S with upgraded hardware according
to the reports from KGI. It is likely to use the latest hardware used by the
iPhone 6S like A9 chip, Apple pay support, live photos and a barometer chip.
The iPhone 7 and the iPhone 7 Plus are not expected to debut until the fall of
2016, but multiple details about the devices have already leaked. In addition
to an iPhone 7 Plus with dual lens cameras, both devices are rumored to be
water resistant, no headphone jack, and lose some visible antenna bands.
Source: MacRumors
iPhone7
Share

How to Turn Flash On & Off while taking Selfie on…