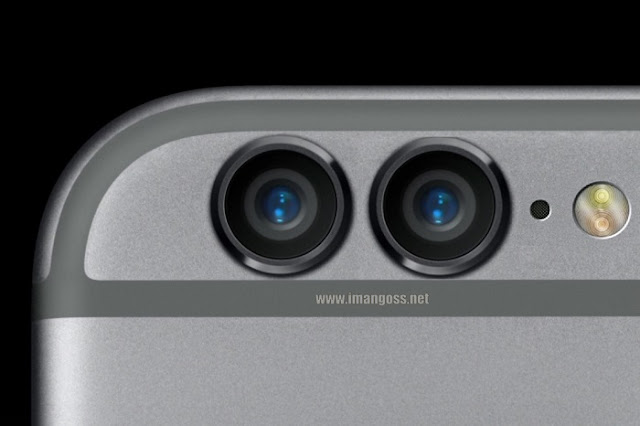 Apple analyst Ming-Chi Kuo
at KGI reported that new iPhone 7 Plus will come with a
dual-camera lens for better quality photos with Linx camera technology . There
have been rumors about Dual camera iPhones for a long time and KGI
confirms the same possibility which will feature an optical zoom, with 2-3x
magnification.

Oct 25, 2019
Prev Next 1 of 227
KGI had also reported that not all iPhone 7 models
will feature this technology and the 4.7 inch iPhone 7 will also not feature
the same. In addition, KGI also said that it might not even be available on
all iPhone
7 Plus models, only the premium models with the specific versions of
5.5 inch iPhone 7 Plus will be equipped with a dual-camera lens system. That is the iPhone 7 Plus will
come in single-camera and dual-camera versions.

According to the reports, Sony is expected to be
the main supplier of the 12MP camera module(s). One of the cameras will
support optical image stabilization whereas the other will be a telephoto
lens with
a significantly narrower field of view.
The iPhone
7 and iPhone
7 Plus is
expected to launch later in the year but out of all rumors and
leaks  Apple is also expected to launch a new 4 inch ‘iPhone 5se‘ around
March and we hope KGI will
surely leave its impact considering their accuracy in the past.
What do you
say about new iPhone 7 Plus dual-camera lens technology? Will you buy the
premium iPhone 7 Plus model?
Share and let us know in the comment below..
iPhone7
Share