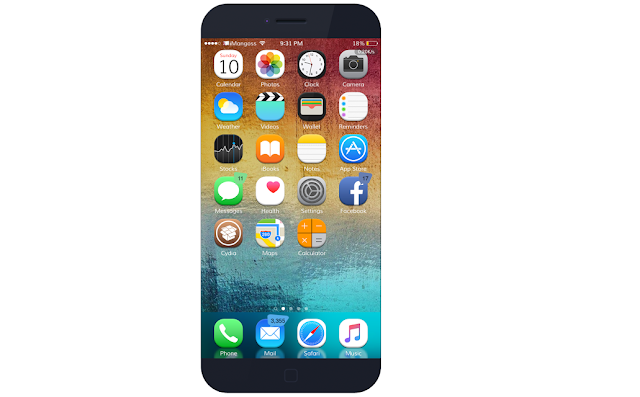 There is still months remaining for
the next gen iPhone to come out. But there already have been various rumors
about the next iPhone, probably known as iPhone 7. According to the source, the
new iPhone will be waterproof. The previous iPhone 6 is not waterproof though
it survived almost 1 hour in the many tests videos done by the Youtubers. But
now the new iPhone 7 is rumored to be fully waterproof and can survive upto
many hours.

There is also a huge rumor about the
iPhone 7 not having an earphone jack. This is because the next iPhone is believed
to be much slimmer than iPhone 6. The replacement for the earphone jack might
be wireless headphones or through the lightning cable converter separately sold
by the Apple.
It’s also possible that the new
iPhone 7 will come with the Liquid Metal Chasis body rather than aluminium and will probably removes the bezels in the bigger iPhone to create an
edge-to-edge display.

Apple has also decided to remove the
16GB storage and start from the 32GB model according to the reports and will
feature 3GB of RAM with same size screen(4.7 and 5.5 inch) as it was in iPhone
6S & 6S Plus. This means the next iPhone will be available in 32BG, 64GB, and
128GB in built.

Besides this, the new iPhone is supposed to support wireless
charging like in Samsung models. The wireless charging was released by Samsung couple
of years ago. But now, Apple is ready to adopt this technology too. It is also
predicted that the iPhone 7’s camera will come up with two-lens system which
allow users to capture DSLR-quality picture.


What you think the next iPhone will
be like?? Let us know in the comments section.
iPhone6SiPhone7
Share

How to get back iOS 8 AppSwitcher on iOS 9

Cydia tweaks of the week for iOS 9