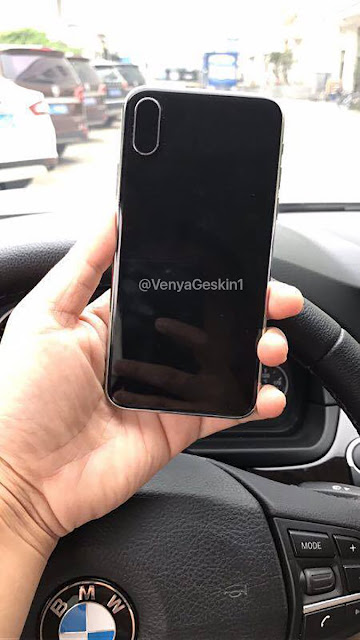 Many rumors has
been rounding around the internet of the upcoming Apple iPhone 8. Now a dummy
of the iPhone 8 has been posted by Benjamin Geskin on Twitter which shows an
iPhone made up of glass and stainless steel with an edge to edge display with
no bezels on the sides and the top and bottom.

Nov 12, 2019
Prev Next 1 of 482
Also the
dummy showcases a vertical dual camera system which matches the rumors
and information from the past. What most interesting thing is there is no Apple
logo on the back of the iPhone. Is Apple planning to add a feature from mac
where an Apple logo glows only when used? If so then it will probably be the
best thing that will happen to the next iPhone 8.
Since the
dummy shows an Edge to Edge display and no physical home button, Apple might
integrate a new type of home button which will be under the display as per
rumor. 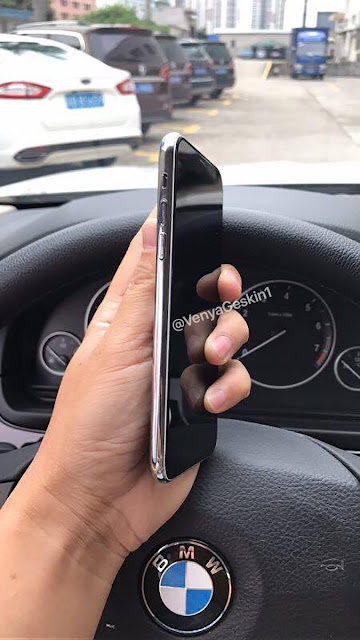 The iPhone 8
in the dummy looks so shiny like a jet black color which Apple launched for the
current iPhone 7 and iPhone 7 Plus but it is more like a glass as Apple is
rumored to make an iPhone 8 with all glass casing. Also the volume button, mute
switch, power button and the sim tray are as it is.
The reports
may not be true but it is really exciting because the next iPhone 8 will
certainly get the new design. If all the rumors come true then the iPhone 8
will be Apples great achievement and will be the best phone in the world.
These types
of rumors and prototypes will certainly give an idea of what iPhone 8 may look
like and there is even more to come.
iPhone 8 is
rumored to feature 3D sensing front facing camera, 3GB of RAM, wireless
charging and a 5.8 inch OLED display. It will be launched later this year.
Source: 9to5mac
iPhone8
Share

Cydia Tweak 3DColorChanger: Lets you choose the color for 3D…