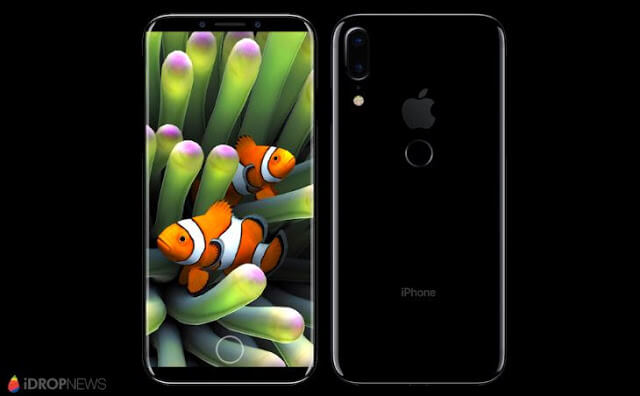 A report from iDropNews claims that Apple’s next generation iPhone 8 (iPhone Edition) will have Vertical Dual Cameras along with the Touch ID Sensor in the back rather than in front as in the current iPhones.  As rumored iPhone 8 would have embedded Touch ID Home Button in the Screen but iDropNews believes that it might probably add a Touch ID in the back.

iDropNews has obtained exclusive information from a source with intimate knowledge of Apple’s manufacturing facility, dispatched by Benjamin Geskin, that will spark new rumors as well as lay old rumors to rest. According to the insider reporting to iDrop News, Apple’s tenth anniversary iPhone, most commonly known as the iPhone 8, will not carry  the aforementioned name and will instead be christened the iPhone Edition.

The new iPhone Edition will feature a vertical dual-lens camera setup rather than a horizontal one, likely for better depth of field when the device is used horizontally within an AR/VR headset. It has been reported that a dual-lens camera setup has been implemented on the front of the device as well, a necessary addition to facilitate the iPhone Edition’s rumored 3D sensing camera technology.

Also as expected iPhone Edition to feature iOS 11 with advanced Siri functionality,  Wireless Charging,  Iris scanning technology , 3D Touch Technology with higher pressure sensitive
sensors and more which is likely to be released in in September 2017.