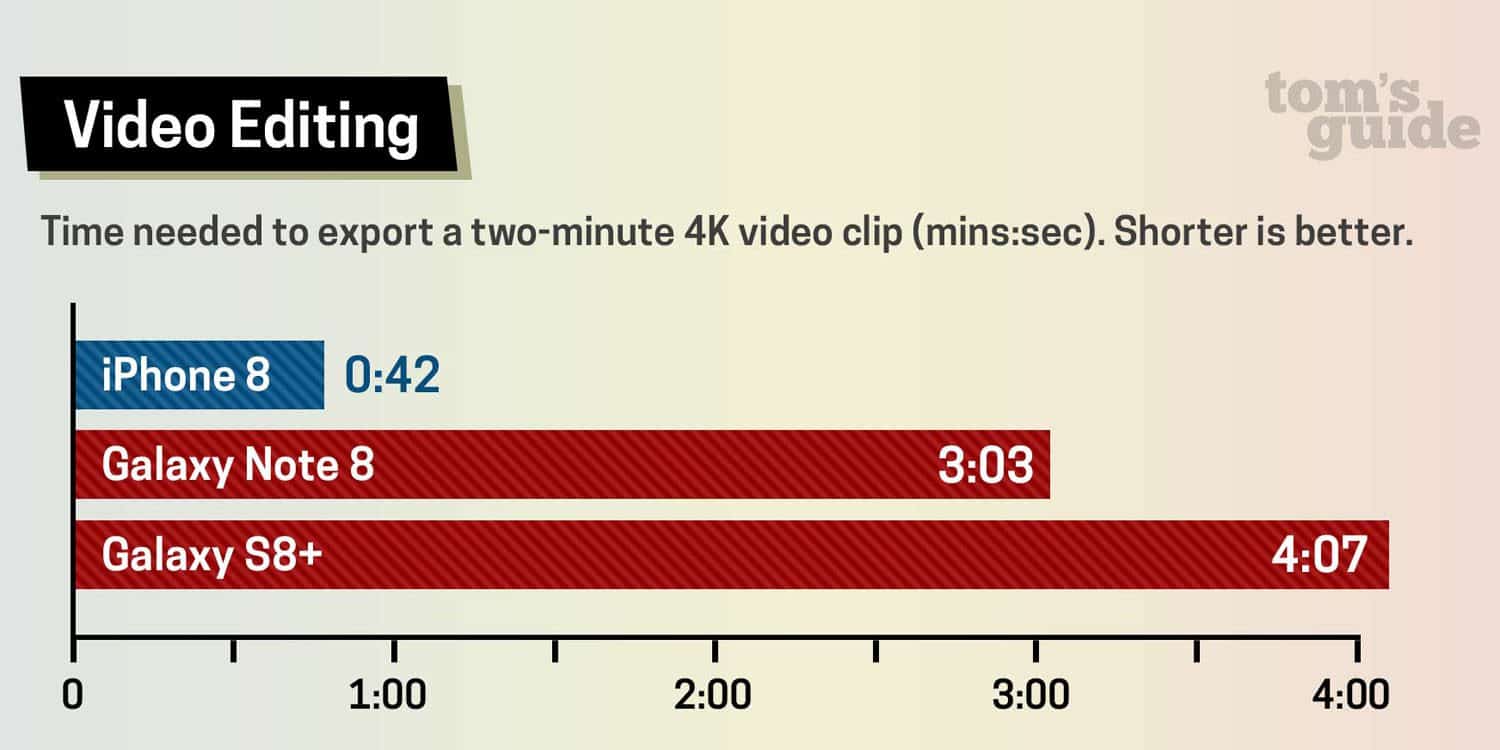 The new A11 Bionic chipset seems to work pretty well as it
has been proved that iPhone 8 is surprisingly ahead of Samsung Galaxy S8 and
Note 8 in terms of speed.
A speed test conducted by Tom’s Guide between iPhone 8,
Galaxy Note 8 and S8+ came to a conclusion that iPhone 8 is 4 times faster than
the Note 8 and 6 times faster than the Galaxy S8+. The test included various
factors such as video editing performance, GPU and CPU performance. And
surprisingly iPhone 8 beats those phones in every way.

Nov 16, 2019
Prev Next 1 of 707
Tom’s Guide first conducted a 4K video editing test which
was a 2 minutes in length. The video included some effects and transition and
was finally exported to the phone. What’s interesting is, iPhone 8 just took 42
seconds to complete the render and save the 4K video file into the smartphone
whereas Note 8 took 3:03 minutes and S8+ took 4:07 minutes to export the same
video file.
The test also included a Geekbench test to find out the real
performance of a smartphone. The iPhone 8 and 8 plus stands out with a score of
10,170 and 10,472 respectively in a CPU and GPU performance leaving the 7th
generation i5 13-inch Macbook Pro behind. That’s right! iPhone 8 is found out
to be even more powerful than a i5 Macbook Pro.
Really the iPhone 8 is really faster than expected. Thanks to
its new A11 Bionic chip. Let’s wait and see how iPhone X performs in terms of
all these categories.
Stick with us and keep visiting!!
iPhone8
Share

Where does iTunes save .ipsw file on computer?