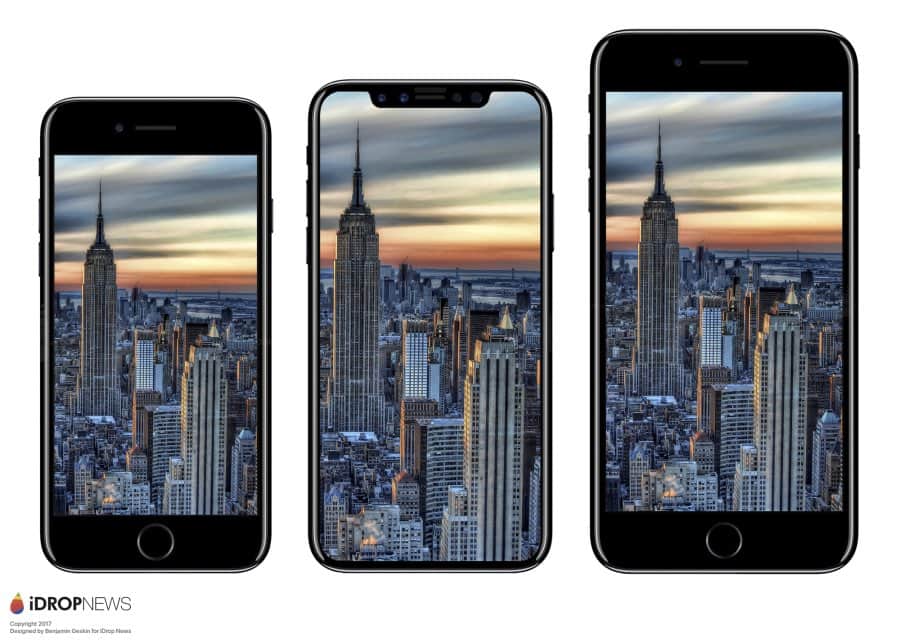 According to
the report from Bloomberg, Apple is testing the use of facial recognition with 3D sensor to
unlock the iPhone 8 instead of finger print scanner Touch ID.

For its redesigned iPhone, set to go on sale later this year, Apple is testing
an improved security system that allows users to log in, authenticate payments,
and launch secure apps by scanning their face, according to people familiar
with the product. This is powered by a new 3-D sensor, added the people, who
asked not to be identified discussing technology that’s still in development.
The company is also testing eye scanning to augment the system, one of the
people said.

Apple is not the first to use different forms of biometric authentication. Samsung
has already included iris scanners on the latest mobile phone S8 that let users
unlock their phones and make payments by scanning their eyes.

But Apple plans
3-D sensor for logins, approving payments which will be more secure than the
current Samsung S8.
Face unlock
feature takes in more data points than a fingerprint scan, making it more
secure than the Touch ID system, the person said.

Analyst Ming-Chi Kuo has also already predicted that the iPhone 8 would not feature a Touch ID sensor.
Apple to unveiled
iPhone 8 along with iPhone 7S and iPhone 7S Plus later this year in September.
So, iPhone 8
will lack Touch ID and integrate Facial Unlock more secure than Samsung?  Let us know in the comments.