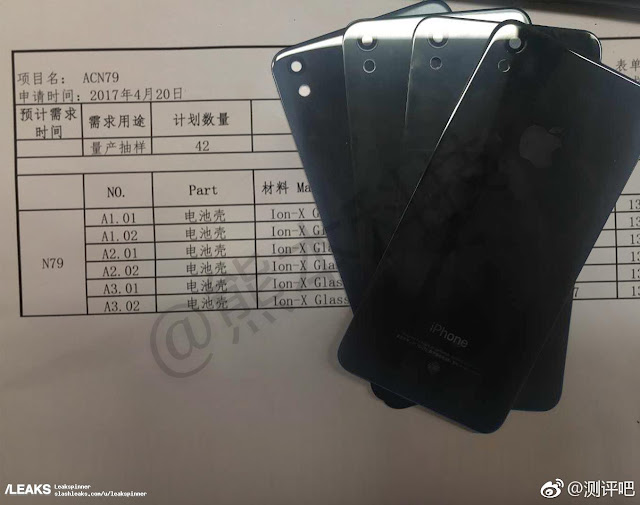 We have been hearing the rumors of next
generation OLED iPhone 8, iPhone 7S and iPhone 7S Plus, now a photos of the rear
panels of iPhone SE 2 (next updated version of iPhone SE) has been leaked to the internet by
Slashleaks.
The rear panels are made up of same
glass which is on the Apple Watch Sport. The glass panels have a nice glossy
finish and the leaked images of these iPhone SE 2 glass panels indicates the model number
as N79.
Related Posts

Likewise, iPhone SE 2 will also feature wireless charging like all next
generation iPhone models which is likely be unveiled this year.
Apple did not have any hints of
releasing an updated version of iPhone SE as iPhone SE 2, so it is likely to be
launch after Apple releases the OLED iPhone 8.
What you would about these rear iPhone
SE 2 panels?
Source: SlashLeaks
news
Share