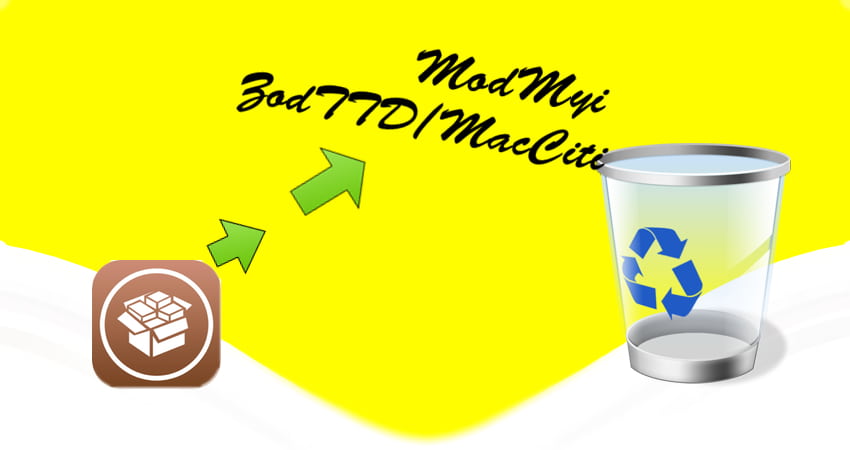 A very sad news for Jailbreak community! The most popular repos: ModMyi and ZodTTD/MacCiti has been completely shutdown from Cydia that means these repos is no more now and thus no new cydia tweaks coming in these repos.

The repos were default in Cydia and were really popular. They were very active and all new tweaks were added and updated accordingly. But now on, we will not find it anywhere on Cydia. However, all older tweaks from these repos will be available in Cydia but the only difference is these repos won’t be adding new tweaks anymore.

Both the ModMyi and ZodTTD/MacCiti repositories formally announced that have been archived and have stop the new tweaks or any packages submission.

The ModMy editor in chief Dennis Bednarz has suggested to use BigBoss repo in one of his tweet whereas Bigboss has also tweeted stating that it will continue to work and has no plans in shutting down.

Jailbreak is very slow now & it’s been a long time that no Jailbreak has been available for latest version of iOS 11 or later. So this might also be the reason for repo archive where they could not generate enough revenue in order to maintain their repo.

Even though, KeenLab demonstrated an iPhone X jailbreak earlier this month but it is not likely to be released for Public with no reason.
JailBreakNews
Share

iPhone X is now on sale in 14 more countries including South Korea, Israel, Thailand and more