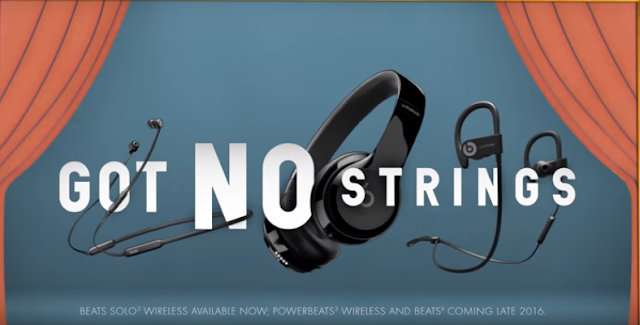 The ad is entitled, ‘Beats By Dre titled : “Got No Strings”.

This is a celebration of life without
strings. With Beats Wireless there’s nothing to hold you down, make you fret,
or make you frown.

Take a look below!

The Beats Solo3 Wireless are available on Apple’s online store for $299 which
gives 40-hour battery life. Similarly, the PowerBeats3 and BeatsX go on sale
later this year and will be priced at $199 and $149 respectively.

Virtual Reality Company NextVR has been acquired by Apple

Apple has purchased NextVR, a company that is specialized in virtual reality streaming live events. NextVR has partnered with the biggest leagues and broadcasters to...
Read more