Facebook
Twitter
Pinterest
ReddIt
As previously
rumored, the upcoming iPhone 7 will ditch the 3.5mm headphone jack, allowing
audio output via Lightning or Bluetooth but according to the leakster  on Weibo, iPhone 7 still has a headphone jack attached
to it. 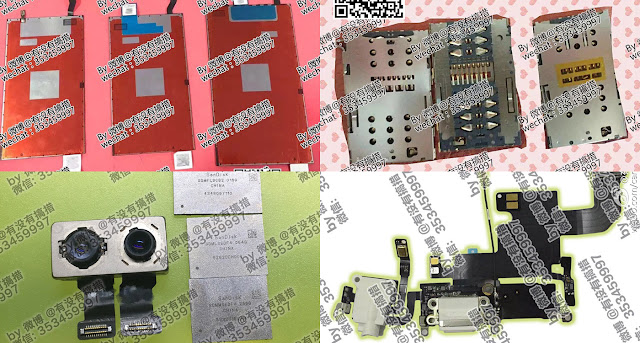 Along with that Rock Fix, a smartphone repair shop based in China’s Ganzhou, has posted photos
of alleged iPhone 7 components including dual SIM card tray for the iPhone 7, a
headphone jack, dual lens camera, and 256GB of storage .
Rock Fix also include
some screen panels in the usual two sizes, some SanDisk memory chips of up to a
whopping 256GB, plus a dual-lens camera for the larger model. The shop owner
also told us that there will be some changes to the antenna design, though he
clarified that this won’t get rid of those antenna bands on the back of the
phone.
That is Apple’s
next-generation iPhone may include dual-SIM trays which allows multiple
carriers SIM at the same time which will be a first for Apple if true.
There’s still
some uncertainty regarding the iPhone 7’s features though there are such a rumors and leaks.