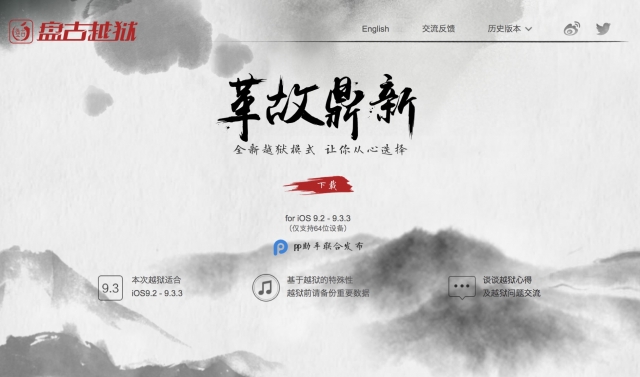 After a long
time, jailbreakers dream come true and can able to jailbreak their iPhone, iPad
and iPod touch running iOS 9.2-9.3.3 .
This jailbreak
tool is only compatible with 64-bit devices only and is semi untethered that is
you need to re-jailbreak the device from the PP app that was installed on your
iPhone, iPad and iPod touch during jailbreak process. After running the PP app,
your iOS device will come back in its jailbreak state.

The latest Pangu jailbreak tool allows the user to jailbreak iOS devices on the
demand. The user can easily jailbreak the iOS devices by running the
click-to-jailbreak app, and also easily remove the jailbreak by rebooting the
iOS devices. In other words, the user has full control to enable or disable the
jailbreak functionality.

Currently,  Pangu is only available in Chinese version for
download whereas the English version is expected to be released soon.
According to
Pangu’s site, the supported device includes:
Pangu is currently
supports Windows computers only and will likely be released in mac version in
the near future.
Download Pangu Jailbreak for iOS 9.3.3 – iOS 9.2 for Windows