QuickFlash : Quickly toggle the flashlight with one tap from your lock screen 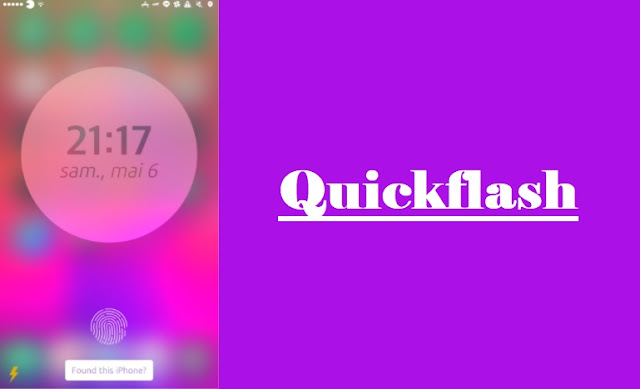 Want to access
the flashlight even easier and faster than accessing from the Control Center?
A
new and free jailbreak tweak called QuickFlash has released
in Cydia that adds a flashlight button on the bottom right of your Lock screen
which lets you to turn on the flashlight with just a tap.
Related Posts

Nov 16, 2019
Prev Next 1 of 142
You don’t need to
swipe up your Control Center and turn on the Flashlight. QuickFlash tweak
enables flashlight toggle quickly right from your lockscreen with just a one tap.

QuickFlash
tweak is very convenient and easier for users in need of flashlight because
sometimes it makes harder when swiping up the Control Center and turn of
flashlight due to many scenarios.
Also See:
20 New Best Cydia Tweaks for iOS 10 – 10.2 Jailbreak –
2017
Best Jailbreak tweaks for Stock Music app in iOS 10, 9
& 8
Top and Best Anemone themes Compatible with iOS 10 –
10.2 for iPhone/iPad
Best Jailbreak Tweaks for iOS 10.2,10.1 – 10 you need
to install on your iPhone
After
installing this tweak a yellow lightning bolt icon appears on left bottom side
of your Lockscreen. So when turning flashlight quickly, just tap on that yellow
flash icon to toggle the flashlight rather than swiping gesture to launch
Control Center and then flashlight.

QuickFlash tweak is available for free from Cydia’s BigBoss repository and is compatible with iOS 8, 9, 10 or later.

If you want this tweak, don’t forget to jailbreak your device with this simple tutorial on How to jailbreak iOS 10 using Yalu and Cydia Impactor.

Next Generation iPhone 8 and iPhone 7s To Be Unveiled in September, Goes Sale in October

How to Reboot/Restart iPhone in iOS 11 using Assistive Touch