Facebook
Twitter
Pinterest
ReddIt
Apple
releases its most popular iPhone every year with new features and design. There’s
still months remaining for the iPhone to be released. But there’s already
a new rumor about the next iPhone 7. 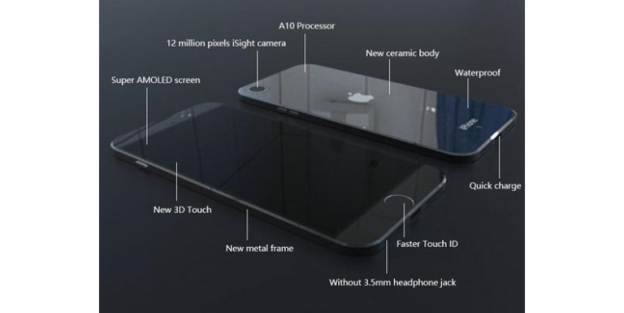 According to
the Chinese website mydrivers.com, iPhone 7 is likely to feature a ceramic back
rather than the metal. The image shown above says that the next iPhone 7 will
have Super AMOLED screen with even better 3D Touch functionality and faster
Touch ID. The device would be packed with 12MP camera, Apples A10 processor,
Fast charging functionality and will be waterproof as per report. Reports also says that the
new iPhone will lose the antenna band and also a headphone port.
Apple always
tries to bring some revolution through its product. Touch ID in iPhone 5S, 3D
Touch in iPhone 6S were all developed by the Apple. So let’s see what
revolution will iPhone 7 brings this time.