Facebook
Twitter
Pinterest
ReddIt
It’s a great news for those who are
always interested and wondering to run Android OS on their iPhones. Nick Lee, a
well-known developer and CTO at Tendigi, has successfully managed to get
Android OS running on an iPhone 6S via a custom built case. He had already
work putting Windows 95 on an Apple Watch. Now he has managed Android OS running
on the iOS Devices. 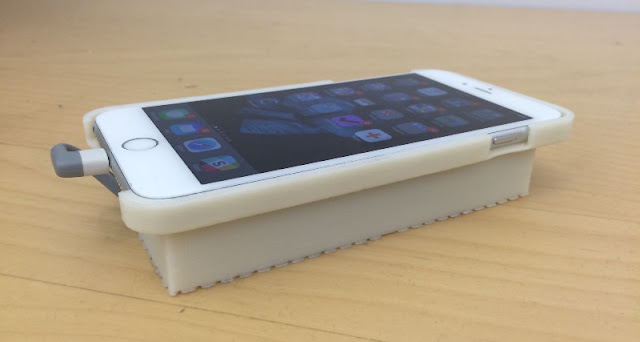 Lee made a 3D-printed case, attached with
Lemaker HiKey board and a 650 mAh lithium-polymer battery pack. Along with
that, he used the Android Open Source Project (AOSP) to get the custom version
of Android 6.0.1 Marshmallow running on an iPhone.

Custom built case is about the size of standard
battery case where the iPhone is connected through USB and has to launch the
Tendigi app on the iPhone. Once done all, you have the Android user interface
on your iPhone. Except this, case also features a microSD card slot, and ports
for HDMI and USB.
Take a look at the video below how Nick
Lee demonstrate running Android on iPhone 6S with a custom built case…
Would you use Android on an iPhone? Let
us know what you think about this case in the comment below.