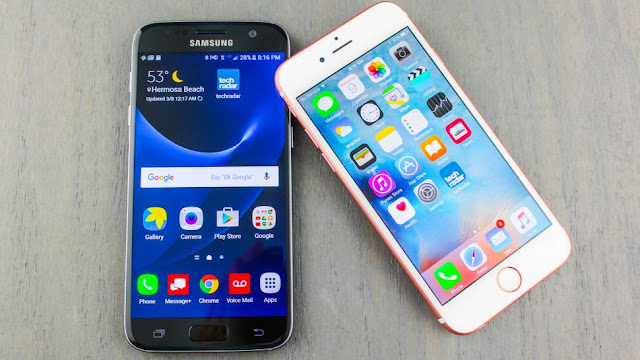 Apple is planning to unveil its 4-inchiPhone SE on March 21st that is going to be an upgraded version of iPhone 5S. Besides
that, Samsung has also planned to release its smaller version of Galaxy S7 to
compete against its rival company Apple.
According to the reports,
Samsung is coming up with a smaller version of Galaxy S7 with powerful Qualcomm
Snapdragon 820 or Exynos 8890 chipset, 720p HD screen, 12MP camera and 3GB of
RAM on a 4.7-inch screen size.
On the other hand, iPhone SE will be
packed with features like Apple’s A9 chip, 12 MP rear camera, Apple pay
support, and live photos on a 4-inch display. iPhone SE is likely to have the
iPhone 6S features on a smaller device.
There is likely to be a tough
competition if this rumor turned out to be true because both are very powerful
devices. There is no any further report about the release date of Samsung
Galaxy S7 mini but iPhone SE is going to be unveiled on 21st March
2016.
Which one would you choose among these
two devices?
iPhone5se
Share

How to install iOS 9.3 beta 7 without a Developer Account