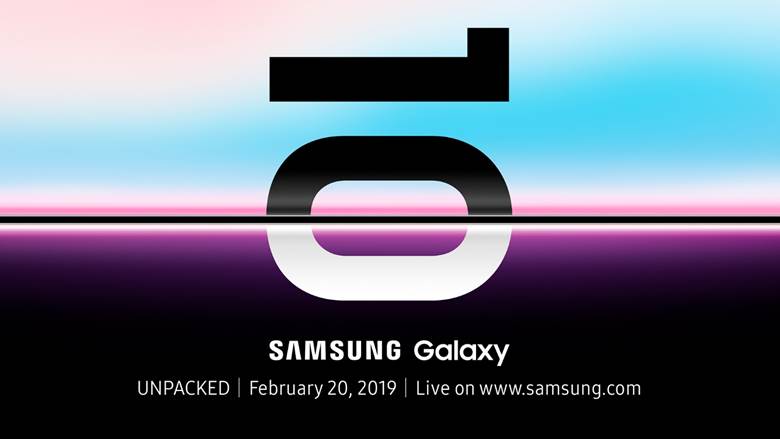 Apple’s rival Samsung is going to unveil its newer smartphone model, Galaxy S10 on February 20 of this year. The Galaxy Unpacked event is going to held at San Francisco and will be live streamed from 11 am PT.

Welcome to the next generation. Galaxy Unpacked on February 20, 2019. #SamsungEvent pic.twitter.com/M1Gh0F9Fs5

Samsung is also expected to launch foldable phones in the event but it has not been mentioned in the event invite. But it may release it because it’s the 10th anniversary of the Galaxy S Series and there must be something special coming out.

Also, Samsung is expected to launch three new models of Galaxy S10 according to the rumors. Samsung Galaxy S10 lite with 5.8 inches flat OLED display without an in-display fingerprint scanner and other two S10 and S10+ with a bigger display, in-display fingerprint scanner, camera punch hole and more. Additionally, the S10+ is rumored to feature three cameras on the back.

Let’s see what Samsung will bring on its new flagship smartphone this year. Keep checking iMangoss for more news and rumors like this.