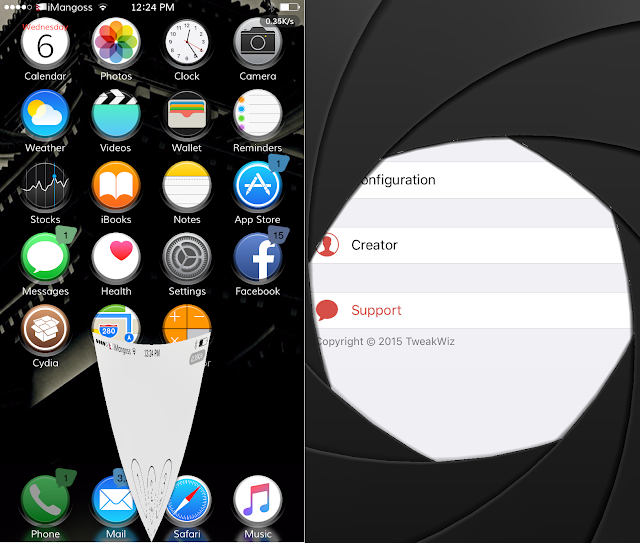 iOS in
default comes with only one animation when you open and close any applications.
Its not so bad though but you can now add some various cool animations with
this new tweak called SweetDisplay.

It is the
replacement of DisplayCandy  and is developed by TweakWiz which allows to
customize the animation when opening nad closing any appps. SweetDisplay includes
a wide variety of animations like Cube, Flip, Push, Zoom, Fade, Camera
Iris,  Page curl, TV tube and more. After installing this tweak, you
can have many option to configure from settings app like;
Related Posts 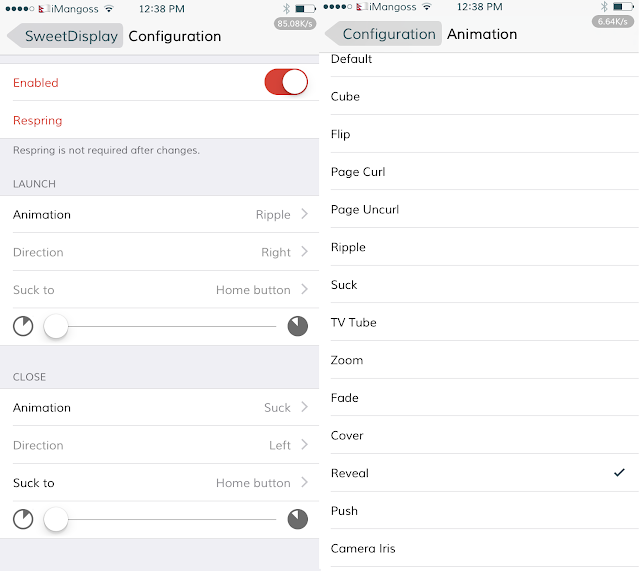 You can choose separate different
animation for both launching and closing apps.
You can configure the animation
speed.
You can also randomize the
animations and can change the direction to the left, right, up and down.
SweetDisplay is avaialable in Cydia via
BigBoss Repo for $1.99 and is compatible with iPhone, iPad or iPod touch
running iOS 9 or later.

To get this tweak, your device need to be jailbroken. If your device has not
yet jailbroken then here’s step by step tutorial on How to jailbreak iOS 9 – 9.0.2 using
Pangu.
iOS9JailBreakTweaks
Share

How to modify Control Center on your iPhone, iPad or iPod touch in redesigned way

How to link or delete duplicates Contacts on iPhone in iOS…