iOS 10 is near. We are only 2 months
away to use the new iOS 10 or iOS X. It should roll out in June for beta
testers at WWDC Event by Apple. 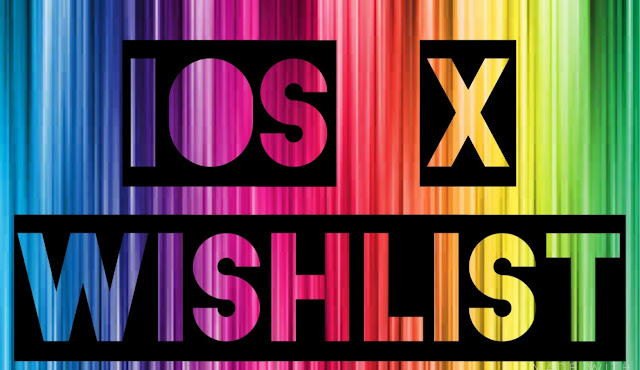 The latest iOS 9 had lots of bug. Right
now we have the latest iOS 9.3.1 while the iOS 9.3.2 beta 1 has been already
released. It has been releasing betas’ one after another every week but there
are still many bugs which we have been seeing in every update of iOS.
Now we don’t want iOS 10 to have bugs
like in iOS 9. We want it smooth, light weight and responsive. We want it to be
the best iOS that Apple will ever release. We want iOS 10 to be completely new.
Here are some lists that we want in iOS
X
New looks
It has been almost 5 years that we have
been seeing the same look on iOS. The same icon, the same layout, the same home
screen and the new lock screen since the release of iOS 7. iOS 7 got a
completely new look back in 2012. The icons were beautiful, new pass code lock,
notification centre and so on. It was the best iOS back in that time. 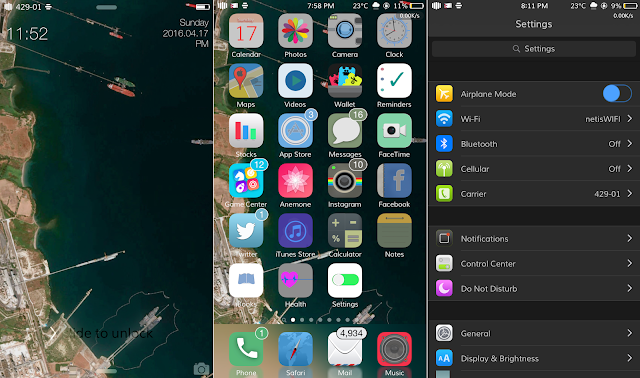 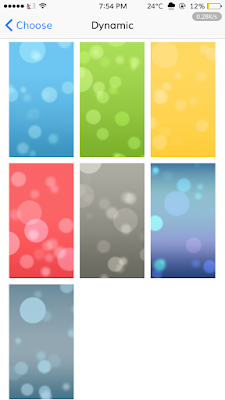 Have you noticed there are only 7
dynamic wallpapers since iOS 7? It has already been years that Apple has not
been working on it. But in iOS X we want more dynamic wallpapers which should
look gorgeous and beautiful.
More features in App Switcher 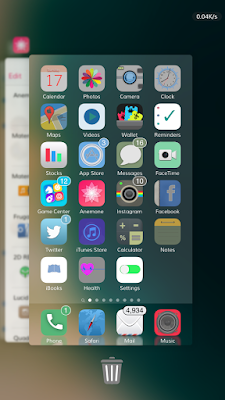 The iOS 9 AppSwitcher is really simple.
This app switcher is used to open or close running app and not more than that.
But we want to have more features in iOS X AppSwitcher. We want other options
like One Tap to clear all background running apps, favorite apps or weather
information on the top. It would look beautiful and ease to access.
More features in Camera app
Apples Camera is really amazing compared
to other smartphones. It has the best picture quality and shutter speed we have
ever seen. But the camera app has limited features on it. So with new iOS X, it
should include some more features like manual focus, more editing options and
so on.

Customizable Control Centre
Control Centre limits with only 5
shortcuts on iOS i.e. Airplane Mode, Wifi, Bluetooth, Do not Disturb and
Orientation Lock. We can only access these shortcuts within the control centre.
But if we want to turn on Cellular, we manually have to go to settings and turn
it on which is really annoying. 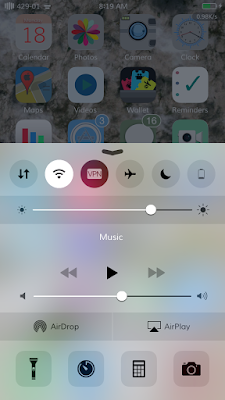 So we want the option to add more
toggles in Control Centre.  The iOS X
should give user the capability to add their favorite most used toggles like
Cellular Data, Location Services, Low Power Mode,  and so on. This is the must have feature that
we want in iOS X. 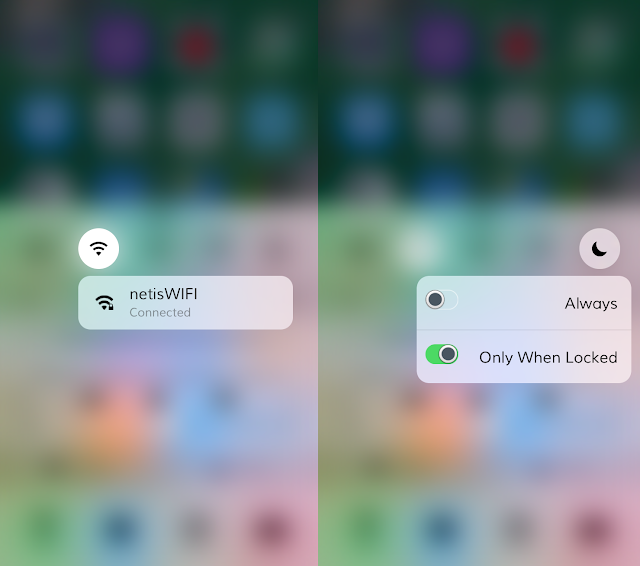 Apple introduces new hardware features
in every iPhone like Touch ID, 3D Touch and other features. But it always lacks
on the software side. We want 3D Touch feature in Control Centre in iPhone
6S/Plus. We should have more options when we hard press on any of the toggles
in Control Centre. The new iOS X should bring this feature to life.
Privacy in Photos
Photos are the most important things
that we want to protect. It may contain some confidential matter that we do not
want to share with others. We do not want anyone to look at our photos whenever
they are using our phone. 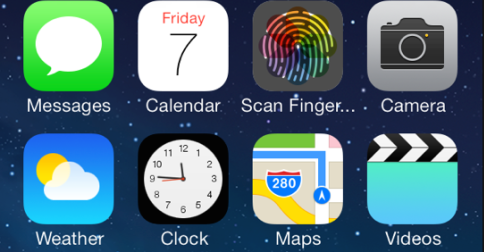 So we want pass code lock or Touch ID in
photos app. It should ask for Pass Code or Fingerprint whenever someone wants
to access photos app. So this must have feature should be integrated in iOS X.
More Touch ID features
Touch IDs’ are the most advanced thing
introduced by Apple. It is used to unlock the device using fingerprint scanner.
Another feature is Reachability which brings the screen down to access with one
hand by double tapping the Touch ID on iPhone 6/6S Plus. But iOS X can get the
best out of Touch ID by adding more features on single tap or triple tap action
which means it should act differently whenever we single tap, double tap or
triple tap the Touch ID. For example, Double Tap should launch favorite app or
triple tap should start the Video recording.
Widgets in LockScreen
Swiping right on the LockScreen allows
you to enter passcode to access the phone but there are no any features when we
swipe left on Lockscreen. So how about adding widgets on that side?? Wouldn’t
it be beautiful?
iOS X should add the ability to add
widgets in LockScreen of various apps. This way the lockscreen will look more
beautiful and it will be more handy to users also.

File Manager
I don’t know why Apple does not have its
own file manager yet! File manager plays a vital role while keeping the files
in right place. We do not want to upload files to iCloud drive and access it
from our device which also requires internet connection.
But in iOS X, we should be able to
access our data within the file manager. We should be able to simply import
data’s from computer and access through file manager on device.
Swipe to Delete Contact
This is one of the must have feature
that iOS is missing. We have to manually go through contacts and delete it. But
in iOS X, we should have the ability to swipe through contacts and delete it in
a easy way.

Custom Ringtone
We want our favorite song to be as our
ringtone. We do not want the default sound to be our ringtone. Also we do not
want to convert it to .m4r via iTunes which takes a lot of time and is really
boring. So iOS X should the ability to set custom ringtone directly from Music
app.
So when will iOS X release?
iOS X will be released in June for beta
testers which is couple of months away but the final version will be released in
September. Apple has also planned to release the new iPhone 7 which will be
loaded with the new iOS X. But if you wish to install iOS 10 before September
than you can try out beta versions of it.
You can download iOS X on your device by
going to Apples site and following some steps when it becomes available. You
will be installing beta versions of iOS X via OTA(Over The Air). So let’s wait
for WWDC June event where Apple releases iOS X.
iOS X Compatibility
iPhone 4 and iPad 1st generation stopped
receiving updates after iOS 7. The last update for iPhone 4 and 1st gen iPad
was iOS 7.1.2. But surprisingly iPhone 4S and iPad 2nd genis still supporting
the latest iOS 9. Both have 512 of RAM and they are loaded with the latest iOS.
But this may not happen again. The iOS X
will be more advanced loaded with many features. So it is unlike that iPhone 4S
and 2nd gen iPad will not support iOS X. iOS 9 likely to be the last iOS for
these devices.
So the iOS X may be compatible with
device like iPhone 5 and higher. iPhone 5, iPhone 5C, iPhone 5S, iPhone 6/6
Plus has 1GB of RAM and iPhone 6S/Plus, and the new iPhone SE has 2GB of RAM
which can easily support iOS X.
What
other new features you want in iOS X? Please comment below…