iMangoss
Home Uncategorized Top 20 Cydia tweaks
Facebook
Twitter
Pinterest
WhatsApp
ReddIt
Mix
Cydia tweaks are the one that gives value to our iOS devices. Without cydia tweak or jailbreak, an iPhone is nothing. Cydia tweaks gives so many cool features to an iOS user. It helps to add many more new features to the device. So here are the list of Top 20 cydia tweaks which are fresh and worth installing. The tweaks listed are compatible for iOS 7 – iOS 9 for iPhone 4S, iPhone 5, iPhone 5S, iPhone 5C, iPhone 6, iPhone 6PLUS, iPhone 6S, iPhone 6S PLUS, iPad, iPad mini, iPad pro, &  iPodTouch.

Check out the 20 Cydia Tweaks : 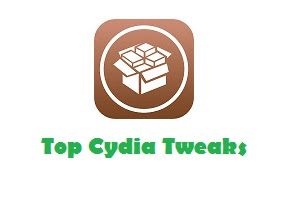 BioProtect–  tweak exclusively
dedicated to protecting individual apps with Touch ID
CallBar– CallBar redesigns the incoming
call view into a banner notification so that it does not fully disrupt the
current task you are doing on your iPhone.
CameraTweak
3– Add more function
to stock camera app.

Cask: add different animations to
your iphone and ipad. (add source to install this. http://repo.xarold.com/

Ccsetting– Control Center by default has a
restricted set of toggles including ones for Airplane mode, Wi-Fi,
Bluetooth, Do Not Disturb. CCSettings increases the set of available toggles by
adding toggles for Cellular Data, VPN, Personal Hotspot, Location Services,
Auto Lock and a lot more.
ColorBanners– ColorBanner changes the
color of the notification on your iPhone or iPad’s Home screen and notification
centre to match the color of app icon.
iLostFinder– This is where jailbreak
tweak iLostFinder comes in handy. It not only prevents someone from
turning off your device, , it also takes a photograph of the person who tries
to turn it off or unlock it using an incorrect passcode, and emails it with the
GPS location, which can be very useful in catching the thief.
LinkStore– Get paid apps and game for free
in the appstore.
LocaliApstore– love playing games? But can not
buy anything from the store because you don’t have credit? Well here’s the
solution. With localiapstore you can get unlimited coins and cash for free.
Springtomize
3– Springtomize 3
allows you to customize every aspect of the iOS such as increase the
number of apps in the dock to 10, give the dock a cool coverflow effect, change
the duration of the system-wide animations, remove the page
limits, customize the default animations, the lock screen, hide icons of
stock apps, resize icons and lots more.
Timepasscode
Pro– Enter passcode
according to you’re time. For example if it is 5:45, then you’re passcode will
be 0545.
VirtaulHome– With this tweak you don’t need
to press your home button for any purpose. Just tap it for home, double tap to
switch to multitasking and so on. Best tweak for saving you’re home button for
iphone having TouchID.
QRC
for WA– This tweak allow
you to quickly reply to your whatsapp text like in messages app.
Record
‘n’ Torch– This tweak allows
you to toggle torch light while you are recording video.
RecordPause– RecordPause allows you to pause
your video by tapping on the time while recording.
StatusVol
2– Increasing or
decreasing volume might be annoying when it pops on the centre of the screen.
This tweak allows the volume animation to pop up on the status bar which looks
clean and handy.
BytaFont
2– BytaFont 2 allows
you change the system font on your jailbroken iPhone. It allows you to change
the font in apps, Lock screen, and more.
iCleaner
Pro– iCleaner lets you
remove unnecessary files from your iOS device and free up storage on your iOS
device, which can become a precious commodity over time. It removes unnecessary
files such as message attachments, cookies, Safari cache, application cache and
more.
Unlimtones– Bored with the stock ringtone
of the iphone? With this tweak you can download and set any song as your
ringtone.
If your device has not yet
jailbroken, then follow this guide to jailbreak your device by TaiG
jailbreak iOS 8 – 8.4 untethered.
Lets us know what you think in the comments below…