iOS 10 beta
has been released and there are so many new features integrated on it. Some are
cool and some are pointless like the new Lock Screen.

The lock
screen has been changed and is very disappointing for many users i guess. Now
when you swipe right, there is no passcode option. Instead the widget has been
added. To unlock your device, there is a new way. All you have to do is press
the home button and then enter the passcode or use the Touch ID.

In iOS 9,
unlocking the iPhone was simply easy. Slide to unlock was the key feature of
the iPhone from the beginning. But Apple has ditched this feature in its new
iOS 10 which is quite disappointing. Apple could have modified the Slide to
Unlock feature in a different way. But it has completely removed it from the
iOS. So we hope Apple will add Slide to Unlock in final version of iOS 10.
How to Unlock
iPhone and iPad without Pressing the Home Button on iOS 10
In iOS 10, you
compulsorily have to press the home button to unlock your iPhone or iPad.
Either you are going to unlock it by passcode or Touch ID, you need to press it
anyway. As you might have noticed, there is a new feature where you can wake your
device by flipping it. Now here also, you will have to press the home button to
unlock your device. There is no point in integrating the proximity sensor to
wake up the device if we have to press the home button. It could have unlocked
by simply touching the Touch ID on 64 bit iPhones and iPads. But to unlock
iPhones and iPads in iOS 10, pressing home button all the time is quite unusual
because continuingly pressing the home button could brick it and what if your
home button is not working?

So here is a tricky way to unlock your iPhone or iPad without pressing the home
button or when your home button is not working
First you have
to enable Assistive Touch (Settings — General — Accessibility — Assistive
Touch)
For Non Touch
ID device like iPhone 5 and iPhone 5C
Step 1: Press
the Power button or just flip your device to wake the screen
Step 2: Touch
the Assistive Touch button and press the Home Button icon
Related Posts 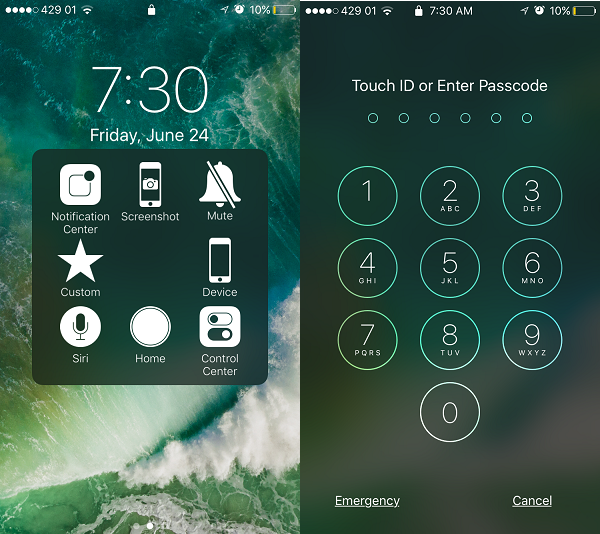 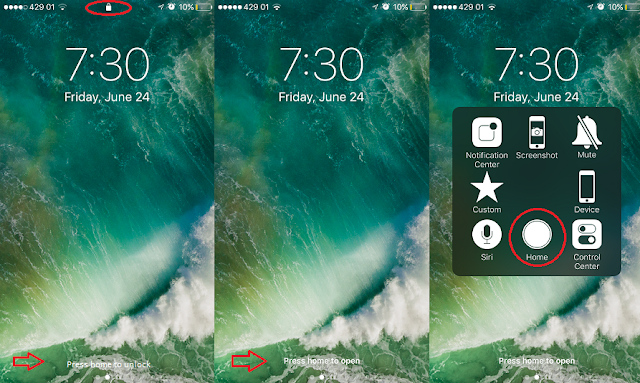 Step 4: Or you
can first Touch the Touch ID — open Assistive Touch and then tap the home
button icon.

I don’t want to press the home button everytime I want to unlock my iPhone. I
just want it be simple like it used to be in iOS 9. Since iOS 10 is in beta
phase, so Apple should either bring back the old style Slide to Unlock with
some modification or fix the home button issue on public release of iOS 10.
iOS10tipsandtricks
Share