All iOS users wondering the Screen multi tasking feature on iPhone X or lower. Here’s how to split screen and use two apps at same time with Splitware on iOS iOS 11.2, iOS 11.3 or later.

Multi window feature plays a important role while using the two apps at same time on same screen. Still Apple has no built in functionality of using multiple apps. Apple has only reachability option to make easier to use with one hand who own bigger iPhones.

Samsung and other smartphones has already applied the multi window features for using multiple apps at same time. Apple should think about it and let iOS users to use Reachability as well as enable the Multi-Window on it like previous jailbreak tweak ReachApp does.

ReachApp brings true split-screen multitasking to iOS that allows you to use two apps at same time in one screen.

But for now those who had not jailbroken their devices yet, can use Splitware app for splitting screen multitasking. Splitware is a dynamic app switching for iPhone and iPad.

Splitware is fast and effective and simple for everyone to use. Because we want to use multiple apps(Like Social, Email or any other app) at same time for our efficiency and better experience. 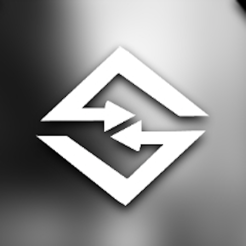 Splitware, true split-screen multitasking app is available for free and is compatible with iPhone X, iPhone 8 Plus or below running iOS 11.2, iOS 11.3 or later.

Must have iPhone Accessories under $20