Virus found in iOS devices, how to fix it 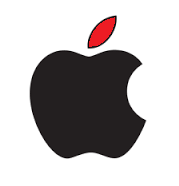 iPhone is known as the most safe
phone in the mobile world. But the game has changed. The security report has
revealed that there’s a dangerous malware out which can harm your iOS device.
After the XcodeGhost hack happened in china, now there’s a new malware called ‘YiSpecter’
discovered by the company, Palo Alto Networks. Report says that, once your iOS
device is infected with YiSpecter, your device will start showing unnecessary
ads, hide the other apps, or unable to uninstall any apps.
There may be many ways that your device
may get infected with those viruses. So here are some initial actions that you
might try to get rid or never get caught by those viruses:
iOS8iOS9
Share

How to quickly select multiple images in the Photos app

How to Wirelessly Charge iPhone With an AirPods Case