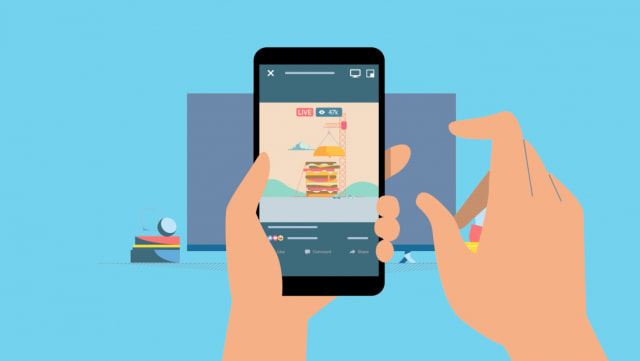 Facebook has announced that its mobile app for the iPhone, iPad and iPod touch now supports
AirPlay mirroring, letting users easily watch Facebook videos on their TV and browse their News Feed at the same time through devices like the Apple TV or Google’s Chromecast HDMI dongle or HDTV and other AirPlay-enabled devices so that you can have the option to enjoy your favorite videos on a bigger screen.
Watch a demo here;
That is while you’re watching a Facebook video on your TV, you can go back and scroll through News Feed on the device you’re streaming from, so you can catch up on other stories while your video keeps playing on the TV. Or you can find more videos to watch by choosing a new one from places like News Feed or your Saved tab. If you’re streaming a Facebook Live video to your TV, you can see real-time reactions and comments on the screen, and you can join in the conversation yourself by reacting or commenting.
The feature supports Facebook Live video, too and is available both on Facebook’s mobile app and in
the desktop.
To watch a video from Facebook on your TV:
● Find a video you want to watch on your phone or desktop and press the TV
symbol in the top right corner.
● Select the device you want the video to stream to.
● Enjoy the video right from your TV.