Whatsapp Support for BlackBerry, Symbian and Windows Phone will be stopped by 2016 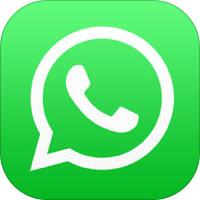 There is a bad news for those who are
still using older version of BlackBerry, Nokia, Android and Windows phone. It is
said that the support for these phone will be stopped by 2016 according to the Whatsapp.

Whatsapp announced that it will no longer be
supporting its popular messaging app for mobile device like BlackBerry
including BlackBerry 10, Nokia Symbian S40 and S60 model, Anroid 2.1 and Android
2.2 and Windows Phone 7.1 by the end of this year.
The company decided to discontinue its
product for older devices because only 1% of the people are using it. The rest
are on Anroid, iOS or Windows platform as said by the Whatsapp on a blog post. These
platforms have taken over the market over the last few years so it will only be
supporting the phone with latest OS.
If you are still using one of these
older devices, it is a better idea to switch to another app like mig33, Nimbuzz
or any other alternatives.
What you have to say on this? Please
leave a comment below
Share

This tweak changes your HomeScreen in a redesign way

How to Save .SHSH2 blobs for Prometheus with tsssaver